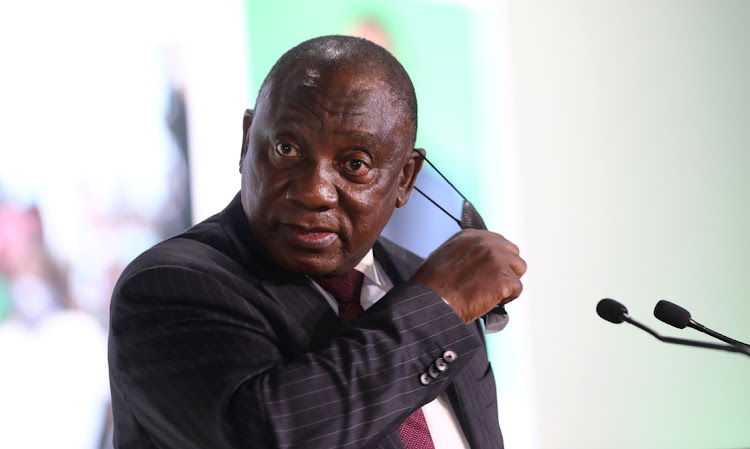 President Cyril Ramaphosa has called on ANC alliance partners to intervene in the internal battles confronting the governing party.

Ramaphosa was on Wednesday addressing the national elective congress of the National Union of Mineworkers (NUM) in Boksburg on the East Rand, where over 680 delegates are gathering until Friday to select a new leadership under the theme “Back to basics is when we defend and advance to build a radical movement”.

While the ANC was suffering gradual decline at the polls, including in last year’s municipal elections, Ramaphosa hailed its alliance partners Cosatu and the SACP for continuing to back and campaign for its electoral support.

He said, however,  the alliance partners and trade unions had to also intervene in the internal woes plaguing the ANC as he said the party’s survival depended on its renewal effort going forward.

He said the party was plagued by internal strife.

“We want you not to hold back, to be upfront, critical and speak truth to power. For renewal to succeed and for us to regain legitimacy, it is you who must tell the ANC to go back to basics,” he said.

Ramaphosa said ANC structures and unions were going to their elective conferences this year and that there was need to ensure that only those who were not tainted by malfeasance emerged as leadership.

“We have now developed a very progressive culture that if leaders are found to have been involved in malfeasance, have been charged or found guilty, the step-aside policy must apply. It must apply ... whether it is in the ANC, your unions or Cosatu,” he said.

Turning to the economy, Ramaphosa said despite the massive job losses over recent years, including the latest figures that saw unemployment figures climbing to a record high since the 2008 global economic crisis, the country remained hopeful that its R1.2-trillion investment drive would help push back against the lost jobs, of which 95% had been secured.

The manufacturing and construction sector, where the NUM also organised, are among the industries that had been hardest hit by the recorded 0.4 of a percentage point increase in unemployment in the fourth quarter of 2021.

He said his administration had since 2018 been hard at work trying to promote investment, including in the mining and construction sector, which formed part of government’s ambitious infrastructure drive.

“These investments are both to expand as well as make new investment projects in mining, automotive, agriculture, agro-processing, manufacturing, renewable energy, construction, particularly in the area of infrastructure, the creative industry and more,” he said.

Ramaphosa said while the mining sector had not been spared the effects of the unemployment crisis, the latest quarterly labour force survey had indicated that it was among the industries where jobs were added in the fourth quarter

The DA has slammed President Cyril Ramaphosa for giving public protector Busisiwe Mkhwebane a temporary reprieve over her impending suspension.
News
4 months ago

Parliament is expected to experience a historic day on Wednesday when opposition parties attempt to have both President Cyril Ramaphosa and his ...
News
4 months ago
Next Article