Be the Meister: meet our Photo Awards judges – all masters of their craft 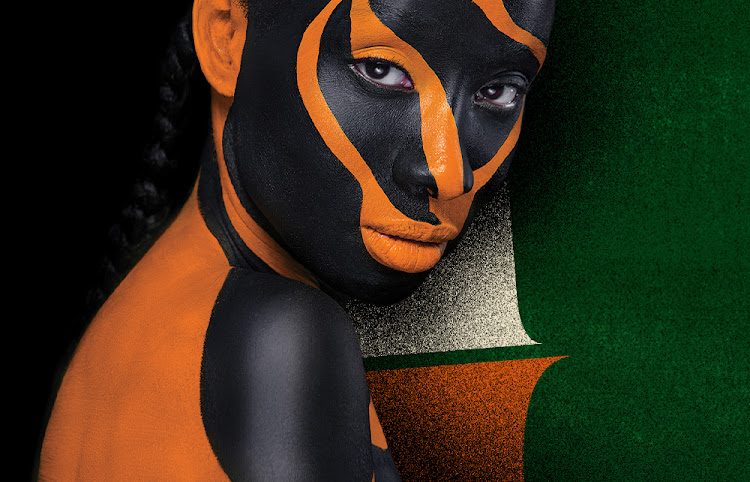 For the past three weeks, amateur or professional photographers have been entering their best work from the past year for the inaugural Photo Awards, presented by Jägermeister in partnership with the Sunday Times and Sowetan.

Their photos were entered in five awards categories. A panel of expert judges (read more about them below) is selecting five finalists in each category, and the category winners are then decided by public vote.

Here's how Jägermeister SA describes its "Be a Meister" philosophy:

If you’ve been living that Meister life, you already know what it means to Be the Meister. You know that it’s so much more than a label or a social construct. It’s something that comes from within, an inherent air of excellence at the core of your being.

You know to Be the Meister means staying true and authentic. You know who you are and remain unchanged by fads or fame.

You relentlessly pursue the need to master your craft and transform the world around you. Because you know only true mastery will satisfy your curiosity.

You understand it’s about being disruptive and smashing the status quo. After all, you have a spirit bold enough to forge its own path, unconstrained by conventions, to disrupt for the better.

And when it becomes time, it’s all about seizing the moment, because Meisters always take a shot.

Donné Wolk, marketing manager at Jägermeister SA, sums it up: “We are Meisters, we master our own destiny. We believe people should live their lives boldly and be masters of what they do, master their craft – whatever that craft is. Jägermeister wants to give aspiring photographers the platform and mentorship to own their skill and master their craft. We challenge you to follow your passion, stay true to who you are and rise above convention.”

The judges of the Photo Awards are true Meisters of their craft. Meet them here: 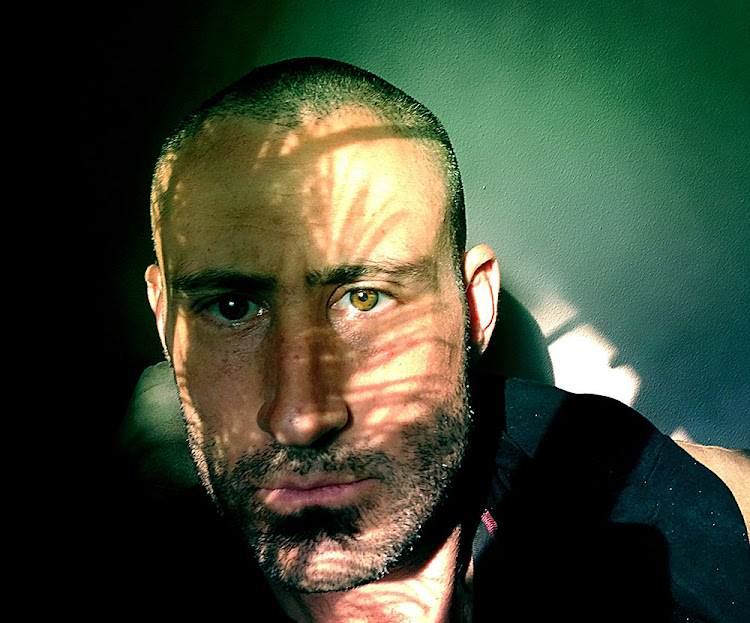 His career has been defined by his depth and range as a news and documentary photographer, notably his coverage of the 2012 Marikana massacre, said to be the most lethal use of force by SA security forces against civilians since 1976.

He has won numerous local and international awards, including from World Press Photo, and multiple Picture of the Year International (POYI) awards. He won first place in the News category of the POYI awards in 2015 for his work on the unrest at the Marikana mine, and he achieved third and second place in 2016 and 2017, respectively, in POYI’s Newspaper Photographer of the Year category. In 2020, he was named Photographer of the Year: Local in the POYI awards.

Skuy was awarded the Ruth First Fellowship Award for Photojournalism at the University of the Witwatersrand in 2008 for his photographic essay "Living Inside a Bridge".

For more than a decade, he has also documented xenophobia in SA and, together with colleague James Oatway, published a book on the subject in 2021, titled [BR]OTHER.

Skuy has previously exhibited his work on xenophobia at the historic Constitution Hill in Johannesburg. 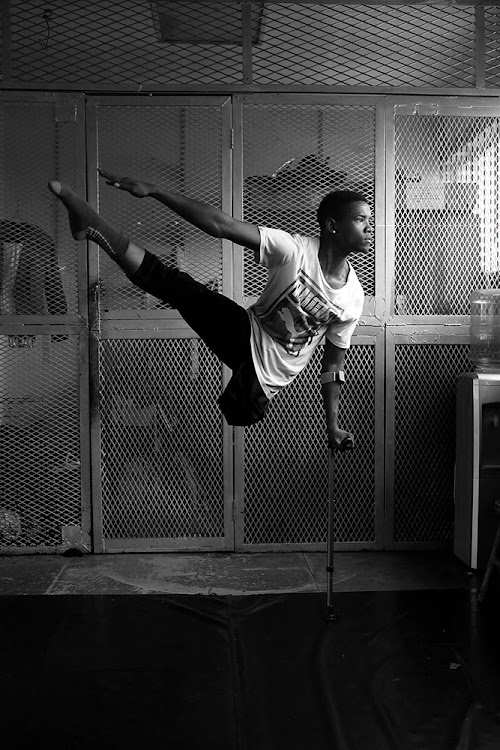 Musa Motha poses for a portrait after a training session in Newtown, Johannesburg.
Image: Alon Skuy 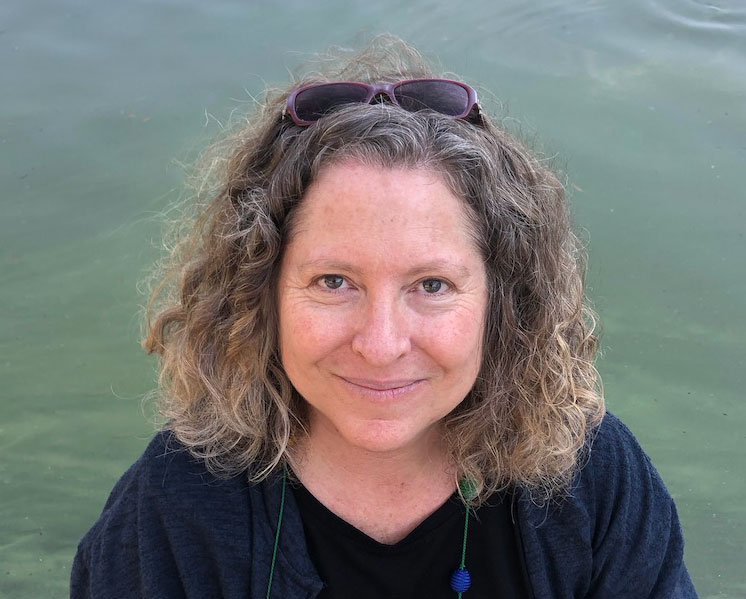 Bieber’s professional career began covering the 1994 democratic elections in SA for The Star after attending three short courses at the Market Photography Workshop in Johannesburg.

Her passion and concerns are for the country of her birth, SA. Her practice is engaged with the political, societal and economic circumstances of our times. Her life experience inﬂuence her photographic choices. Her central themes have explored contemporary gender, politics and identity issues, often contradicting the mainstream media narrative.

Her photographic projects are exhibited locally and internationally and she has won numerous international awards, including the World Press Photo Premier Award in 2010 for her photograph of Bibi Aisha from Afghanistan, which first appeared on the cover of Time magazine in 2009.

Works from her four monographs Between Dogs and Wolves: Growing up with South Africa (1996); Soweto (2010); Real Beauty (2014); and Between Darkness and Light: Selected Works: South Africa 1994-2010 are exhibited in solo and group shows locally and abroad.

She mentors and guides students, lectures and has taught as part of photographic workshops worldwide.

In 2018, the Royal Photographic Society named Bieber one of its Hundred Heroines.

In 2019, the New York Times and CNN included her photograph of Bibi Aisha in their collection of the top 100 photographs that inﬂuenced the previous decade.

Bieber's work is currently included in an exhibition titled The Female Gaze: A Collective of Women Street Photographers at the Howard Greenberg Gallery in New York, among works from photographers she has admired such as Diane Arbus, Helen Levitt and Vivian Maier. It is on view until April 2 2022. 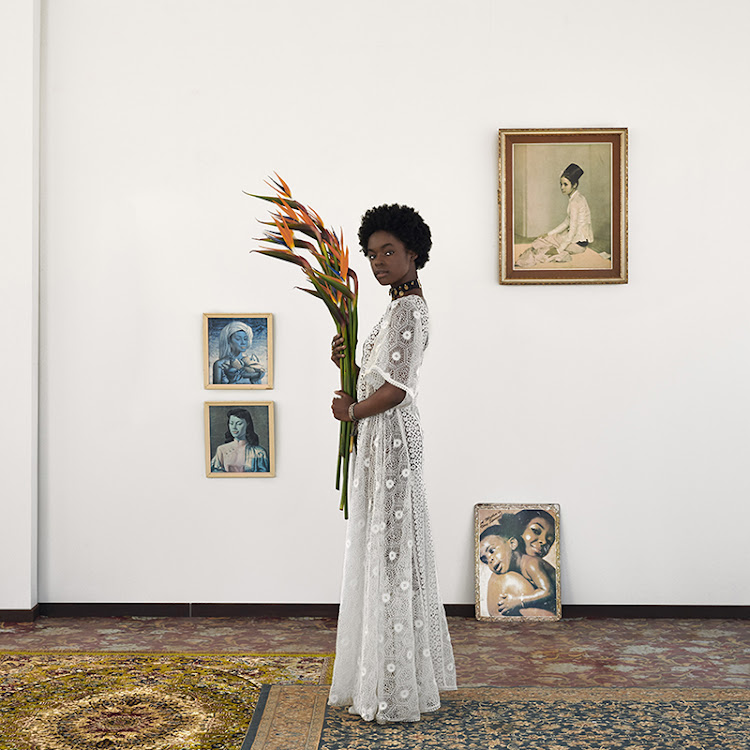 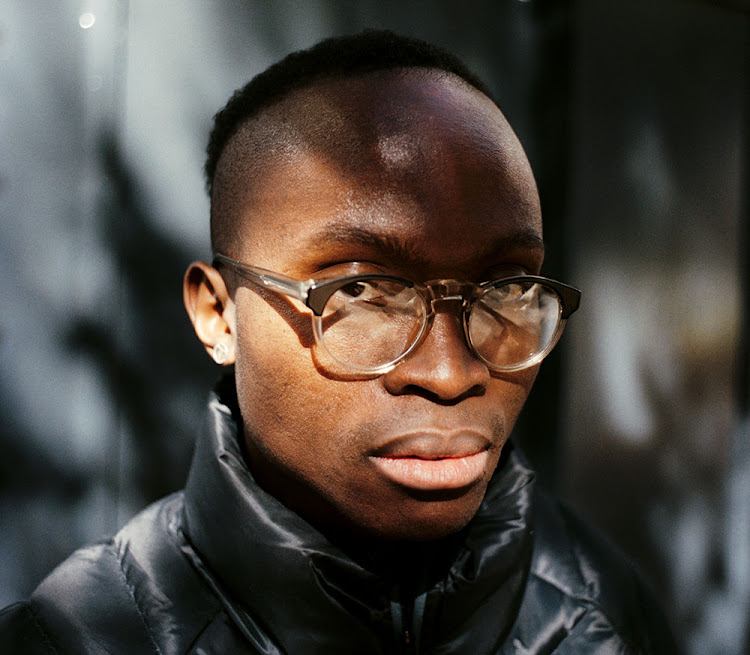 Nxedlana is a visual artist and cultural organiser. He is in the unique position of being both a cultural producer and the founder of a number of independent organisations that provide a platform for and support the SA arts community.

These organisations include the Bubblegum Club, a media and cultural organisation that platforms radical creativity and supports the next generation of creators.

He is also a founding member of the artistic collective CUSS Group. Over the past decade, this Johannesburg-based collective has shown in institutions across the world including the MOMA Warsaw, the Berlin Biennale, the de Young Museum and Moderna Museet Stockholm.

Nxedlana’s artistic practice is rooted in Afrosurrealism and explores themes of race, identity, popular culture and mass production. His photographs have been featured in exhibitions including the Aperture Summer Open, Orlando curated by Tilda Swinton, and most recently in The New Black Vanguard, a book and exhibition addressing the radical transformation taking place in fashion and art today. 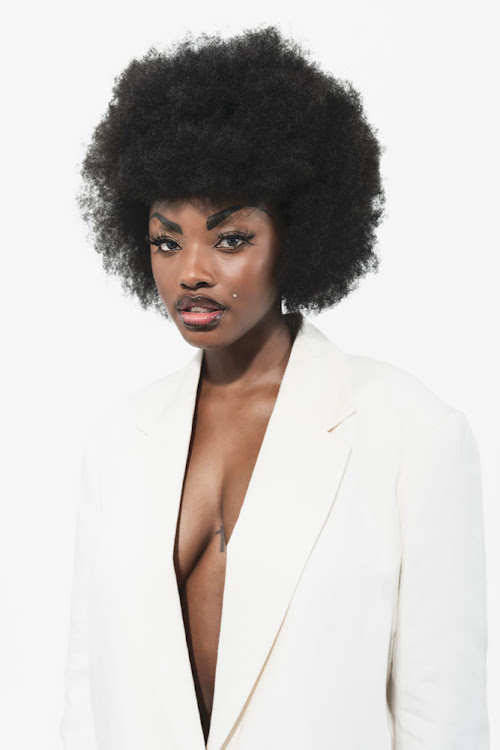 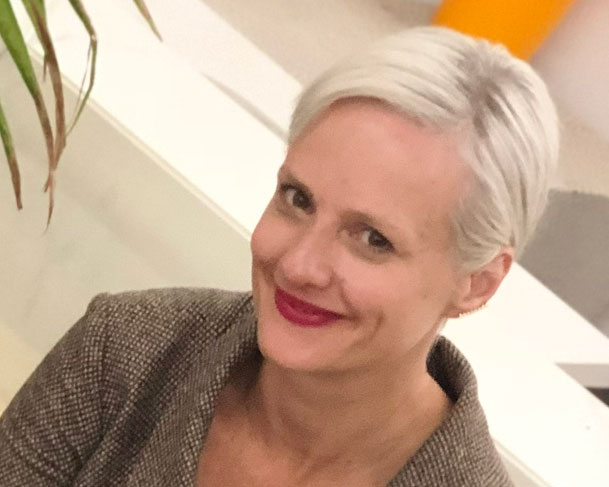 For over two decades, Armstrong's astute styling has graced the pages of a range of publications such as Elle, Glamour and Marie Claire.

She has collaborated with numerous luxury brands including Dolce & Gabbana, Chanel and Louis Vuitton. 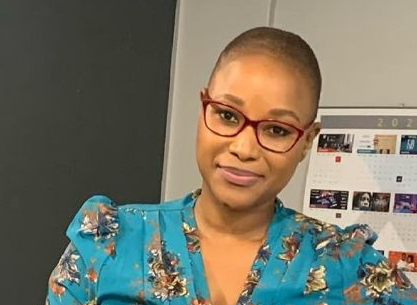 Nwabisa Makunga is the editor of the Sowetan, which is one of the publications taking part in the Photo Awards; an executive member of the SA National Editors' Forum; and a member of the SA Press Council.

She’s passionate about storytelling through innovation and new media.

“This is such an exciting project, showcasing exceptional talent and the visual power of storytelling,” said Makunga. 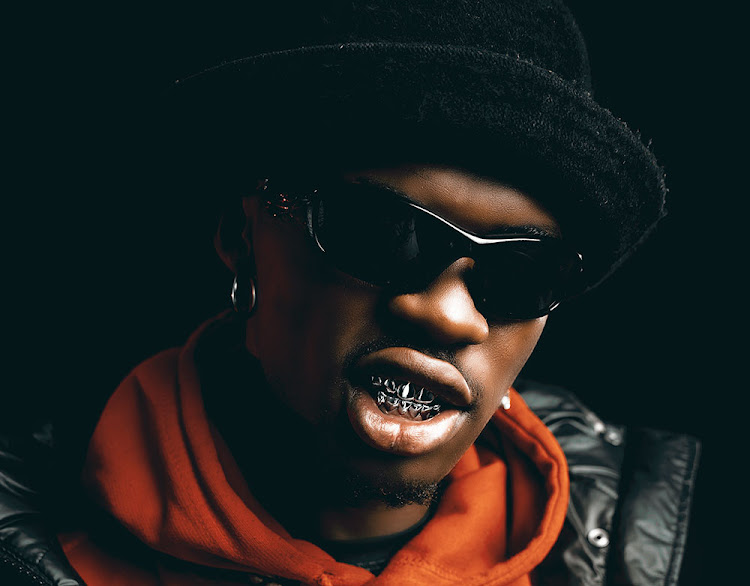 Young Stilo, real name Clive Mphasi, is a Mzansi-born visionary with a diasporic spirit, driven to capture real moments across the globe while connecting with individuals who are leading the youth globally, starting in Africa.

He started his craft on the streets of Hillbrow when his fashion-forward uncle gave him an old camera – to capture his style but also to inspire his natural skill. That act led him to capture Mzansi’s top celebrities and inspirers, from Riky Rick to the Major League boys and his bra Young Vinny across the globe on balcony tours and on the go. He has documented their style along with cultural moments that shifted the dial for Africa’s youth, all through his distinctive eye.

True to his Gen-Z cohort, he has grown his notoriety on Instagram and amassed 145,000 followers.

His style is instantly recognisable, whether he features in his work or not: from his dark colours and tones combined with his wicked editing to the omnipresence of real environments – spaces he has embraced, instead of escaped from, following his inner-city upbringing. He uses hustle and bustle, the fast life, as a backdrop to beauty and style – a moment, a juxtaposition to the subject he has captured. 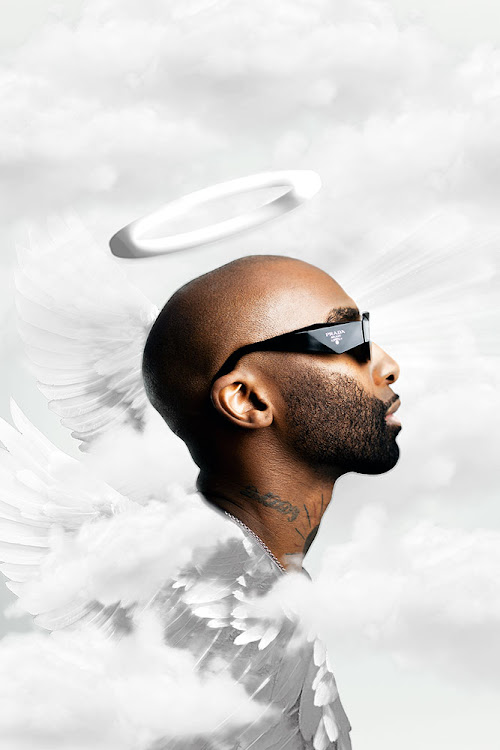 This article was paid for by Jägermeister SA.