Teacher arrested for the attack on pupil (14) 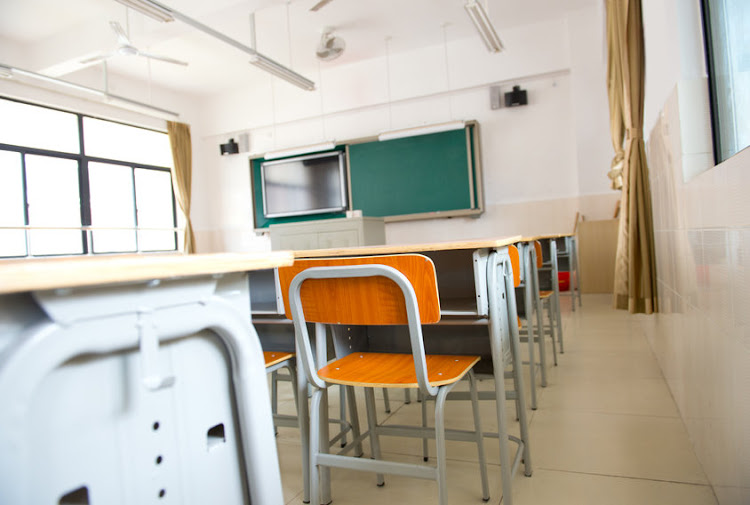 Parents protested outside a school and court when a teacher appeared in court after allegedly raping a 14-year-old pupil. Stock photo.
Image: 123RF/hxdbzxy

“My daughter's life will never be the same after she was sexual assaulted by one of her teachers at her school,” said a devastated mother of a 14-year-old girl.

The mother, 39, said her daughter, a grade 10 pupil at Dundee High School in KwaZulu-Natal, has been struggling to sleep since the incident happened on Friday.

KwaZulu-Natal education spokesperson Muzi Mahlambi said the teacher who was arrested on allegations of rape on Friday was still in police custody.

Mhlambi said he briefly appeared at Dundee magistrate's court on Monday and his case was remanded for next week for bail hearing. However, despite the teacher being held for rape, Mahlambi described the case as “sexual harassment”.

“The department can confirm that there are allegations of sexual harassment of a 14-year-old girl. The teacher who is a suspect is in police custody. We want to clean our schools of such acts. We will not hesitate to take disciplinary action against the teacher,” Mhlambi said.

The girl's mother said they were disappointed in the manner in which the school treated the case.

“On Friday my husband went to fetch my child something that he does every day. She was not at the gate where she usually waits for him. She called her and the phone was answered by a white lady who introduced herself as a school counsellor and she asked him to come inside,” said the mother.

She said her husband was told that their child had been assaulted.

“At the time my husband thought that maybe she was molested by one of the boys. He was shocked as he was taken to the teacher and discovered that he had raped our daughter,” she said.

The father then called the family doctor who advised that he should take her to the crisis centre.

“Tests were conducted and they came back positive showing that my daughter was indeed raped. She has not been the same ever since the incident happened. She has been put on antivirals. For now I have taken her our of the school and I haven’t asked her how it all happened because I want her to speak when she is ready,” she said.

Dumisani Khumalo, provincial organiser of the United Democratic Movement, called on the suspect to abandon his bail application and subject himself to full investigation while in police detention.

The school’s phone rang unanswered however a statement posted on the school’s Facebook by the school governing body (SGB) addressed to parents, educators and learners, read: “The SGB regrets to inform you about the traumatic incident that happened at the school on Friday. We do not have enough words to express our shock and utter dismay. We are sad to state a departmental educator allegedly sexually assaulted a learner during school time on Friday... Two counsellors have been appointed to facilitate counselling.”

Two days after a 14-year-old's mother gave her a cellphone to gather evidence against a Free State teacher, she used it to record him propositioning ...
News
10 months ago

The department of basic education has raised concerns about the rising number of sexual misconduct cases against teachers.
News
11 months ago

A teacher at a Northern Cape high school has been fired and banned from working with children after he was found guilty of the statutory rape of a ...
News
1 year ago
Next Article