Court orders department to fix school after pupil is electrocuted 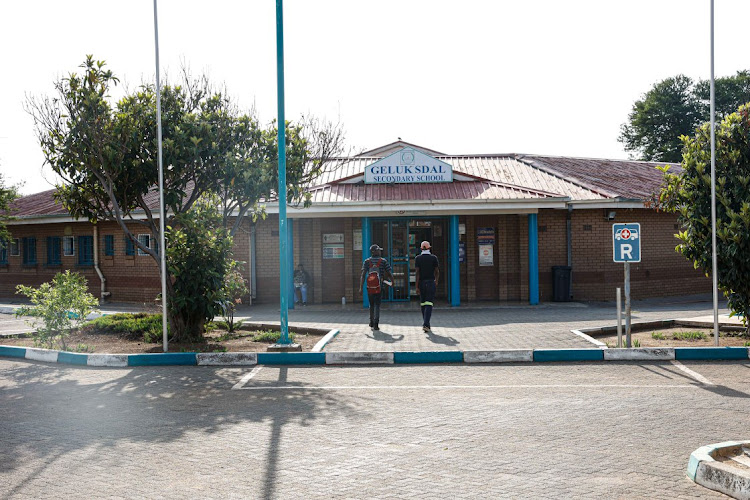 The High Court in Johannesburg has granted an order compelling the Gauteng education department to fix infrastructure problems at Geluksdal Secondary School in Brakpan, Ekurhuleni.

Judge Friday Senyatsi gave the unopposed order which follows the death of Maubrey Mahudu, a matric pupil who was electrocuted at the school.

The family had approached the court to compel the department to act and fix the poor infrastructure at the school which caused Mahudu’s death.

“I am in agreement 100%, there is a proper case in this case, the relief must be granted,” Senyatsi said on Monday.

Barefoot, Mahudu held onto a metal door frame as she sought to enter the classroom. A live current shot from the distribution board, through the metal door frame and surged through her body, killing her instantly.

Her parents Gladys and Meshack Mahudu and her sister Desiree have taken basic education minister Angie Motshekga, Gauteng education MEC Panyaza Lesufi, heads of their departments, the school principal and the school governing body to court for what they described as negligence.

The family is suing the department for R7m for infringement of constitutional rights, trauma, grief, medical expenses and loss of earnings.

In October last year the civil society group Section27 successfully applied to be admitted as amicus curiae (friend of court) in the high court in Johannesburg as the group seeks to show the court that the problems of poor infrastructure are prevalent in many schools in the country.

The order issued on Monday compels the department to:

A Gauteng family is suing the department of education for more than R7m after their daughter was electrocuted at school due to poor infrastructure.
News
8 months ago
Next Article