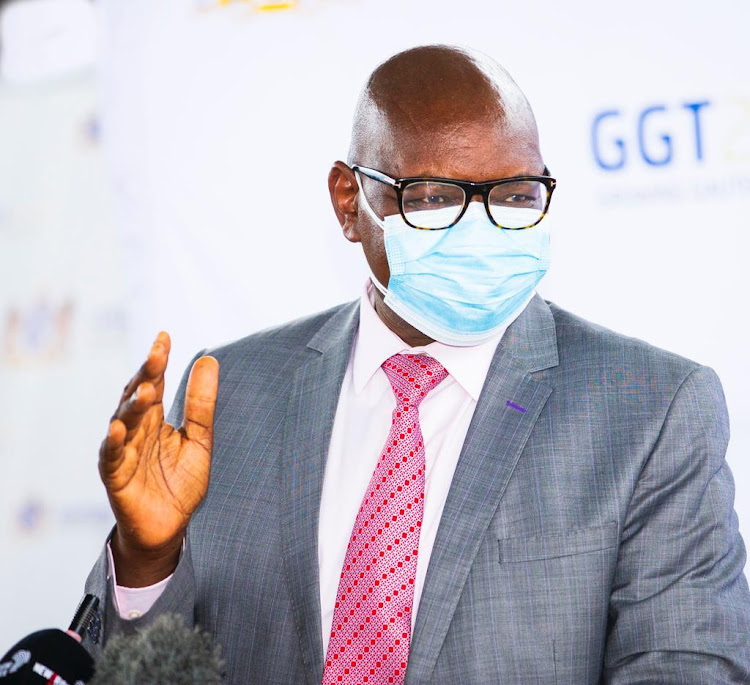 Gauteng premier David Makhura expressed concern at the low vaccination rate in the province and the rapid spread of Omicron.
Image: Supplied

The Omicron coronavirus variant is spreading faster than the Delta strain or any of the earlier mutations in Gauteng,an adviser to the provincial government said.

“This is the strongest acceleration in community transmission ever seen in South Africa,” Bruce Mellado, an adviser to the provincial government said in a presentation on Thursday.

He said it was a similar situation to the third wave when the Delta variant quickly became dominant.

On a preliminary estimate of hospital occupancy, Mellado said it was anticipated that it would be at 4,000 when the province reaches its peak, compared to the 9,500 seen during the third wave.

Mellado said it was expected that Gauteng could reach its peak in mid-December but cautioned that reaching a peak was not the end of a resurgence.

Meanwhile, the Western Cape government confirmed on Thursday that the province was officially in a state of resurgence. There had been a steep increase in cases, which was concerning, but case numbers remained relatively low.

“We know that we are in a resurgence because there has been an over 20% week-on-week percentage change in the seven-day moving average of new cases,” said a statement by premier Alan Winde.

According to the South African Covid-19 Modelling Consortium’s short-term predictions, actual cases are higher than expected for the past week although case numbers are still relatively low. The consortium is anticipating a large increase in the absolute number of cases for the coming week.

Omicron in 23 countries: WHO slams those who penalised SA

The Western Cape government said it would continue to monitor the number of cases, hospital admissions and deaths in the province.