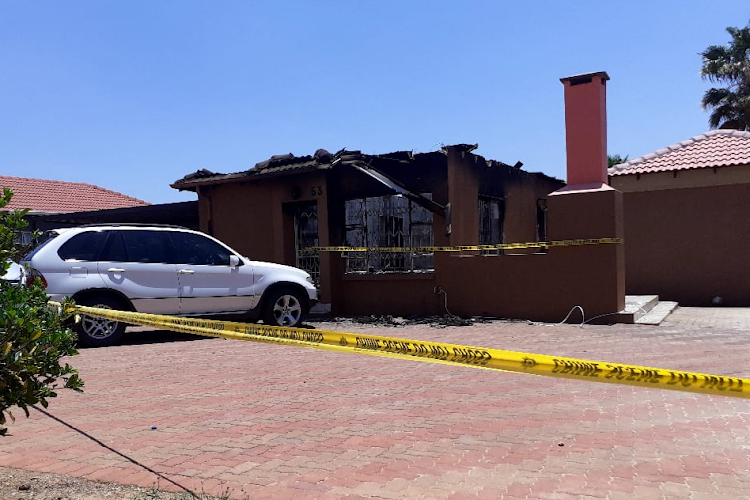 A family is reeling at the death of a 41-year-old mother of three children, who was among the five people killed in a house fire in Pretoria in the early hours of Wednesday morning.

Kwena Pheme worked for the family as a domestic worker, caring for their children for four years, her relatives said on Thursday.

She leaves behind three children: boys aged 15 and 21 and a five-year-old girl, who are in Polokwane, Limpopo.

“I am shattered, we were not expecting her death. We don’t even know what happened,” said her sister Matlou Pheme.

She said she was contacted first by an acquaintance of her sister's and then by a social worker, who asked her to come to a hospital in Pretoria. “When I asked then what happened, they told me it was a fire,” — but they could not provide any details or share how the fire had started, she said.

TimesLIVE reported on Wednesday that five Pretoria West family members died, while a mother and child managed to escape with minor injuries.

The cause of the blaze is being investigated by fire safety officers and law enforcement agencies.

Gauteng MEC for human settlements, urban planning and co-operative governance and traditional affairs (Cogta) Lebogang Maile on Thursday visited the two families at the shell of the fire-ravaged home to offer the government’s condolences.

Pheme's uncle Phat Komape asked the MEC for assistance with the burial, which will take place in Limpopo.

After trying to hold back his emotions, a tear rolled down his cheek. He said the family hoped to arrange the funeral for next weekend.

Five Pretoria West family members perished while a mother and child managed to escape with minor injuries after a house fire in the early hours of ...
News
7 months ago

Paarl resident Werner Arendse rushed through the flames to save a baby trapped in the house, risking his life and sustaining severe burns.
News
7 months ago

A man was arrested after five people, including three children, died in a fire in Phoenix, Durban, in the early hours of on Monday.
News
7 months ago

A second body has been found and almost six hours of fire fighting efforts have finally brought a massive blaze in Jacobs, south of Durban, under ...
News
7 months ago
Next Article