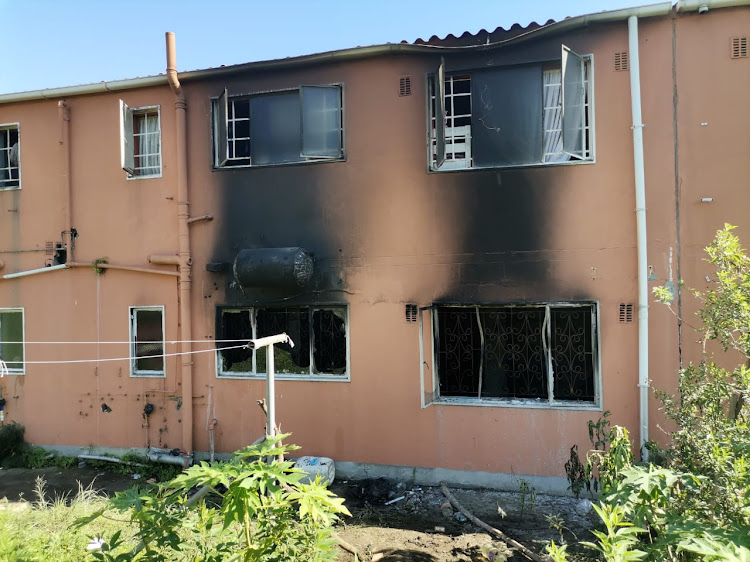 Two women and three children died in a fire in Phoenix in the early hours of Monday morning.
Image: Supplied

A man was arrested after five people, including three children, died in a fire in Phoenix, Durban, in the early hours of Monday.

“When police arrived at the scene they found seven residents managed to escape but five people died in the blaze.

“The deceased are aged between three and 37 years old. Residents reported there was a domestic altercation in the home before the fire.”

It is understood the deceased include a mother and her three children and a female relative.

Naicker said a 57-year-old man, related to those who died in the fire, who was initially sought by police, was arrested at a relative's home.

“He had serious burn wounds and was taken to a local hospital where he is being held under police guard.”

Phoenix police are investigating a case of arson and murder.

A man who ran into a burning house to try to rescue a three-year-old boy died along with the child when they were trapped in the inferno.
News
3 months ago

Former security guard Ndumiseni Zuma, the alleged instigator behind the razing of the Brookside Mall in July, was denied bail on Monday.
News
3 months ago

Five impounded vehicles were destroyed by a fire at the Rustenburg traffic department in North West.
News
4 months ago

A 35-year-old security guard made a brief appearance in the Pietermaritzburg magistrate's court on Monday for inciting public violence and arson.
News
4 months ago
Next Article