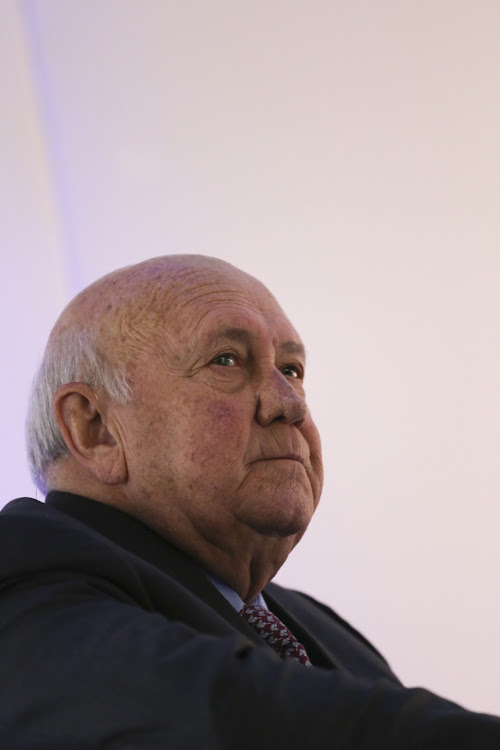 Former apartheid president FW de Klerk died at his home in Cape Town on Thursday at the age of 85.

His foundation said in a statement: "It is with the deepest sadness that the FW de Klerk Foundation must announce that former president FW de Klerk died peacefully at his home in Fresnaye earlier this morning following his struggle against mesothelioma cancer."

He is survived by his wife Elita, his children Jan and Susan and his grandchildren.

Referred to as "the last white ruler of South Africa," De Klerk shared the Nobel Peace Prize in 1993 with Nelson Mandela "for their work for the peaceful termination of the apartheid regime, and for laying the foundations for a new democratic South Africa."

The family will, in due course, make an announcement regarding funeral arrangements.

Ramaphosa should quit dying ANC after a single term

It is amazing how history can fit itself into the lifetime of a single human being. In the year 2024, SA will witness the end of 76 years of ...
Opinion
6 months ago
Next Article