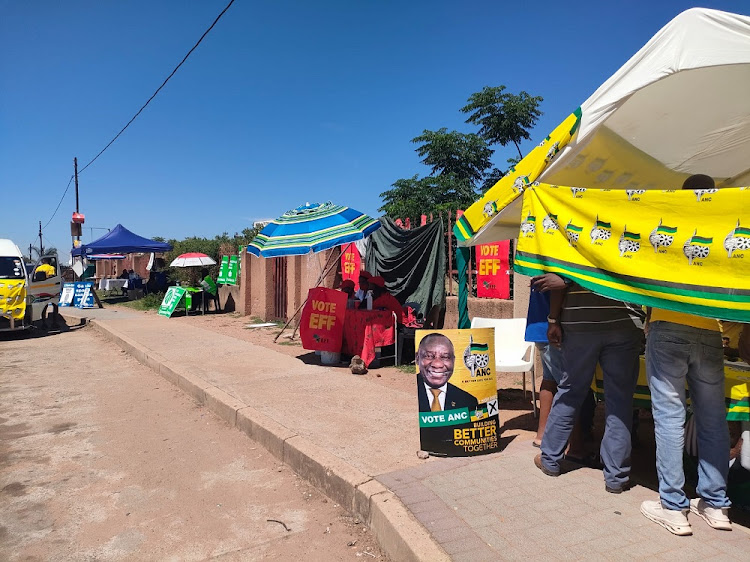 As residents of Hammanskraal, north of Pretoria, cast their votes on Monday morning, dirty brown water was coming out of their taps.

This has been the story of their lives since 2015 and many of them say it for this reason that they decided to cast their votes.

Agnes Marothodi, 52, was among the first in line at Makgetse High School in Temba, Hammanskraal.

"I'm voting for clean water, I'm here today and the water flowing from my tap is still not drinkable," Marothodi said.

Annah Moche, 42, outside the Makgetse High School in Temba, Hammaanskraal pledging her support for the four parties contesting for ward. Moche couldn't vote because she's sorting out her ID issues with Home Affairs.@SowetanLIVE #Elections2021 pic.twitter.com/DqlwaCGKcg

She said her vote was not a secret as she decided to give an independent candidate a chance.

"I voted for someone I trust because he's an independent candidate because I've been voting before but I saw no change," Morothodi said.

Marothodi was accompanied by her friend Stopholine Nyamunda, 57, who was excited to have cast her vote.

"It was not an easy decision for me to wake and come here to vote cause since 2015, I've been facing the same problem of not getting clean water from my tap," Nyamunda said.

People of Temba and other areas in Hammanskraal rely on water from municipal trucks because tap water is not suitable for human consumption.

People came out in numbers in the area with long queues seen at a number of voting stations that Sowetan visited.

It has been a difficult three years for Gift Baloyi of Hammanskraal as he tries to survive without drinking water from a tap.
News
9 months ago
Next Article