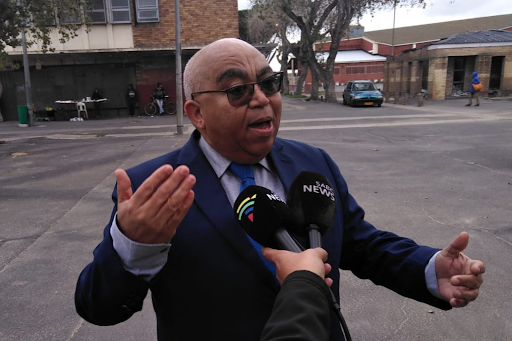 Western Cape MEC for community safety Albert Fritz has called on the police to leave no stone unturned in their bid to find the killers of a four-year-old girl.

Fritz said the incident happened on Wednesday in Ottery, Cape Town, during a flare-up of gang violence.

“On Wednesday evening, as the little girl was reading a book in bed, three gunmen opened fire on the Wendy house in which she lives. Scarlett [Cottle] was wounded in the shooting and taken to hospital where she later died,” said Fritz.

“A 48-year-old man was also injured and is recovering in hospital. It is suspected that the shooting is linked to the gang violence in the area.”

On Friday, Fritz called on the police and other law enforcement agencies to bring the killers to book.

“The city’s gang unit and the SAPS anti-gang unit are conducting major operations in the Ottery area to deal with the flare-up of violence. The department of community safety is also monitoring the situation closely and is ready to deploy Leap [Law Enforcement Advancement Plan] officers to affected areas if needs be.”

Fritz urged the public to help the police fast-track the investigation.

“There are community members who have information that can assist SAPS. I want to appeal to you to please come forward. Stand with us in the fight against gangsterism in our communities. Don’t protect these thugs.

“I want to extend my deepest condolences to the family and friends of Scarlett. I want to say that your pain and your grief affects all of us. Today, we stand with you.

“We are never going to accept that the danger in which our children have to live in is normal. It is not normal. We reject it. And we are going to fight this fight for and on behalf of our citizens for as long as we have to. The thugs will not win.”

Gangs in the Western Cape use women and girls as young as 12 to do their work for them, according to research conducted at Stellenbosch University.
News
4 months ago

The deaths of two pupils in Alexandra allegedly at the hands of fellow learners have raised the spectre of violence, drug use and even gangsterism ...
News
4 months ago

A 20-year-old man was arrested after he allegedly stabbed another man to death at a tavern in a township near Rustenburg in the North West, police ...
News
5 months ago
Next Article