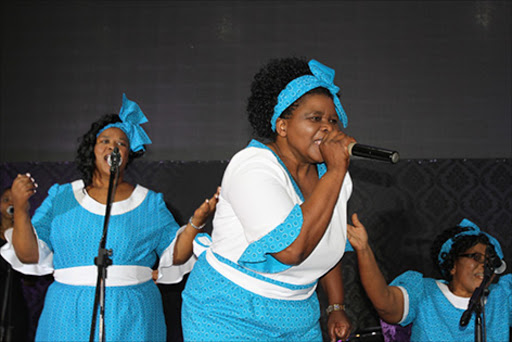 Lead singer of SA’s celebrated and renowned a cappella group Masibuyele kuJehova, Fifi Mabuza, has died. She was 63.

Her death was confirmed by the founder of the group, Belina Nkosi. “We are crying. We are hurt. This is still new, we have not come to terms with the news of her death.”

Manager of the group, Fakazi Gama, said, Mabuza was admitted at Steve Biko Academic Hospital in Pretoria on Monday.

“Initially, she had gone for a check-up, but because of her condition, she was admitted and passed away around 8pm on Thursday evening,” he said.

Another group member, Anna Thabethe, described Mabuza as a dedicated servant of the Lord. “Christ lived in her and she lived for Christ.”

Thabethe described Mabuza as a humble and kind person. “Although she was a lead singer, she never treated us as her backing vocals or threatened to pursue a solo career,” she said.

The KwaNyamazane group was formed in 1988 and they released their debut album called We All Know Jesus is Coming in 1994. The group became a household name with popular songs like Silindel’usuku (We Bangcwele), Ngizokwendlula (kule lilizwe), and Ngiyakholwa. To date they have released a total of 13 albums.

Their other well-known albums include Khay’elihle, Siza Nkosi, Kumnandi Ukukholwa and Mbonge.

In an interview with the Daily Dispatch two years ago Mabuza said: “We do have our differences but we do not allow them to deviate us from our vision of preaching the gospel of Christ through music. We believe in forgiveness and unity, those are some of the principles that have kept us going strong.”

Gama said the date of the funeral has not yet been confirmed.

An Eastern Cape grade R pupil was crushed to death by grader equipment at his school.
News
4 months ago