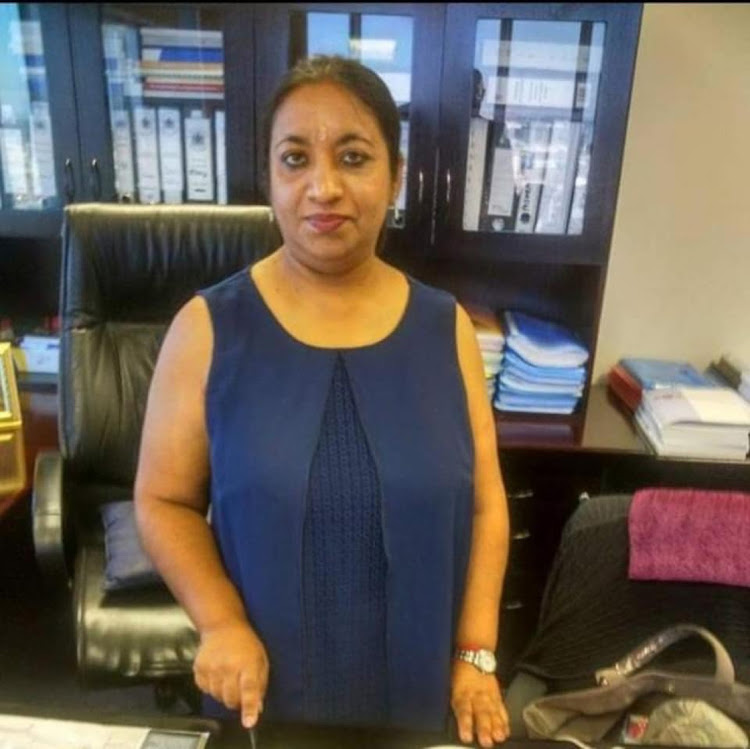 Murdered Gauteng department of health finance official Babita Deokaran was due to be a witness in an investigation into personal protective equipment purchase irregularities.
Image: Supplied

Seven suspects have been arrested in connection with the murder of senior Gauteng health department finance official Babita Deokaran.

Deokaran‚ 53‚ died in a hail of bullets on Monday morning in Mondeor‚ south of Johannesburg.

She said during the arrests‚ police recovered two firearms and two vehicles.

“The team of experienced investigators caught a break in the case when they received information from Crime Intelligence officers that led to the arrest of the suspects .”

Muridili said the Hawks were investigating the murder and the suspects would appear in court soon.

“I am confident the Hawks will work tirelessly to ensure justice is served‚” said Sitole.

The cold-blooded murder of a Gauteng health official who was a witness in the PPE scandal has sparked outrage and prompted calls from different ...
News
8 months ago

It emerged after Deokaran’s death that she had been lined up as a witness in the Special Investigating Unit’s probe into Covid-19 personal protective equipment purchase irregularities.

She was also a key witness in an investigation run from Gauteng premier David Mkhura’s office.

Speaking to TimesLIVE on Tuesday‚ Makhura’s spokesperson Vuyo Mhaga said: “Babita played a crucial role in the investigation. She provided key information into how certain tenders were awarded.

“She was part of a group of officials who stepped up and said they were not prepared to allow what was happening to continue.”

Mhaga divulged that Deokaran had testified against certain individuals‚ including in their disciplinary hearings.

Makhura‚ describing Deokaran as an “exemplary public servant”‚ tweeted earlier on Friday that a breakthrough was imminent in the case.

He vowed: “The corrupt elements in government who collude with rogue business to rig tenders have nowhere to hide. Looters shall not win.”

The cold-blooded murder of a Gauteng health official who was a witness in the PPE scandal has sparked outrage and prompted calls from different ...
News
8 months ago

Senior Gauteng health department financial officer Babita Deokaran, who was gunned down outside her Johannesburg South home on Monday, was a witness ...
News
8 months ago
Next Article