After the looting spree: neighbours 'reconsider their dependence' on SA 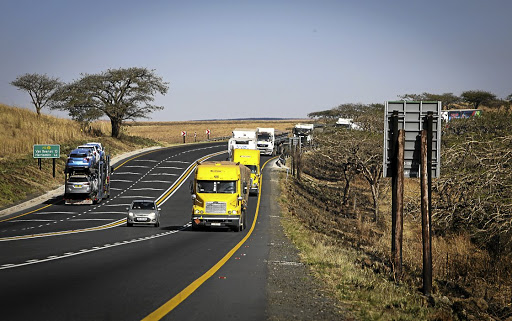 It was Austrian statesman Klemens von Metternich who said, “When Paris sneezes, Europe catches a cold.” Metternich was referring to the impact France had on Europe, particularly in the aftermath of the French Revolution in 1789 and, just over a decade later, when Napoleon Bonaparte seized power as a dictator.

Metternich, who died when he was 86, also lived through the second French Revolution of 1848, observing the upheavals that these three events brought to Europe. His famous words have since been appropriated to show how circumstances in one dominant country can affect other countries.

The saying can aptly be used to describe the situation between SA and its neighbours in the subregion, especially Zimbabwe.

Writing on Twitter almost immediately after the outbreak of the riots that rocked SA this past week, Busisa Moyo, a respected business leader in Zimbabwe, presciently warned: “The disturbances in SA will affect the entire region. We will all feel it in the next few days.”

Moyo, the CEO of a company that manufactures cooking oil, soap and other products and the chairperson of the government’s Zimbabwe Investment and Development Agency, also advised Zimbabweans to “conserve cash, food and other necessities”, adding that “the region, especially Zimbabwe, is not ready for a life without a functional Durban port and key roads, the N3 and N1”.

"We have seen unmitigated corruption and looting from the public purse, corruption which amounts to theft from those who are most vulnerable, looting ...
News
6 months ago

According to estimates, the riots caused damage of $2bn. While calm is returning to its southern neighbour and the N3 that connects Durban to the commercial capital Johannesburg has been reopened, Zimbabwe is still counting the cost of the riots.

Butler Tambo, a Zimbabwean independent economic analyst, says what has been happening in SA is tragic and blames it on the government’s failure to address the country’s status as “the most unequal in the world”.

“Sadly, it’s the same poor who will suffer even more as jobs will be lost in those factories, wholesalers and shops. The elites will likely cash in on their insurances — that is, if their losses were insurable, if there is such a term. The insurance industry in SA might not survive this carnage. Capital flight will rise and the much needed FDI [foreign direct investment] will become elusive.”

And the “winter” that Zimbabwe is now experiencing may become longer and harsher than usual. “Countries like Zimbabwe with an industrial capacity utilisation of less than 60% are landlocked and rely on South African ports of entry for vital imports,” Tambo said.

“Prices of basic commodities in Zimbabwe will further skyrocket, that is, if the products will still be there on shop floors. Unemployment will rise in SA, meaning that an estimated one million Zimbabweans in that country will become part of the unemployed.

Authorities are busy recovering a mountain of stolen goods after last week's looting spree in KZN and Gauteng.
News
6 months ago

“Diaspora remittances from SA will significantly drop, meaning massive and abject poverty for Zimbabwean families reliant on remittances from that country. Add to this tragic tale the lockdowns and restrictions under Covid-19, and it becomes a ghastly sight. When the opportunities for employment shrink in SA, the next chapter is that xenophobia will rear its ugly head again and foreigners will be blamed for the mess lying ahead.”

The latest statistics from the Confederation of Zimbabwe Industries (CZI) show that Zimbabwe imports 58% of its raw materials from SA, while only 7% are imported from other countries in Sadc. Europe is the source of 13% of Zimbabwe’s imports and China accounts for 11%.

Sekai Kuvarika, the CEO of the CZI, says Zimbabwe’s industry is definitely going to be affected by the unrest in SA as most of its raw materials come from SA.

“We may not be able to immediately quantify the impact, but Zimbabwe’s industry is certainly going to be affected in the short to medium term. Our industry’s capacity utilisation improved to nearly 58% over the past year, up from about 36% in 2019. The closure of the major routes used for the transportation of raw materials and other goods — though they may now have reopened — means that production will be affected. This in turn might see a dip in capacity utilisation in the short to medium term,” Kuvarika said.

Years of economic decline owing to reasons that include political misgovernance, cyclical droughts and a lack of foreign direct investment have seen Zimbabwe’s industrial capacity utilisation dropping as companies have been struggling to adopt new technologies or retool.

The consequent lower production levels have resulted in a shortage of goods, with the country having to rely on its southern neighbour for numerous imports, including luxury goods. Zimbabwe is SA’s biggest trading partner in the region, but the statistics are skewed heavily in favour of the latter.

According to the United Nations Comtrade database of international trade statistics, Zimbabwe’s value of exports to SA was $1.73bn during 2020, while South African exports to Zimbabwe were valued at $2.23bn in the same period.

A 2019 World Bank report confirms SA as Zimbabwe’s biggest trading partner, followed by Singapore and China in third place. According to the report, imports from the latter two countries also pass through SA.

It is clear that too much reliance on South Africa can have serious negative consequences, as we are seeing in the current scenario

Researcher Prosper Chitambara of the Labour and Economic Development Research Institute of Zimbabwe says Zimbabwe should consider increasing the use of other ports of entry in Mozambique, Namibia and Tanzania for its imports.

“It is important in the medium to long term for Zimbabwe to make use of other routes for imports, especially those that do not necessarily originate from SA. It is clear that too much reliance on SA can have serious negative consequences, as we are seeing in the current scenario,” he said.

Alois Burutsa, the general manager of Buy Zimbabwe, a lobby organisation that seeks to promote the consumption of locally produced goods and services, sees a silver lining for the country to the dark cloud that engulfed SA.

“What we are saying as Buy Zimbabwe is that we need to greatly reduce our dependency or reliance on foreign products, foreign raw materials and foreign finished products, and consume locally produced goods and services.

“We are also in full support of the government’s local content policy, as it is now more critical for us as a nation to localise our value chains and start getting our raw materials locally so that we become as self-reliant as possible as a nation to avoid such exogenous shocks,” he said.

For a while now, there has been some disquiet — if not outright dislike — in some quarters about SA’s “big brother” image, which stems mainly from its economic dominance in the region. The disturbances have no doubt been devastating, but they may yet provide a firm basis for the “rainbow nation” to reflect on and address lingering concerns over inequality in the country itself, and over its regional superiority.

Police failure to stop looting a disgrace and shameful

An unlikely saviour and protector of our people has emerged in the past few days, and that is the taxi industry. Cynics may say it is ...
Opinion
6 months ago

A Tshwane community radio station needs to start from scratch to be able to broadcast full time again after its studios were cleaned in a looting ...
News
6 months ago

Looting was a dominant feature in the recent unrest in KZN and Gauteng – in stark contrast to what usually happens during service delivery protests ...
News
6 months ago
Next Article