The study found overall compliance with hand hygiene was only 34.4% 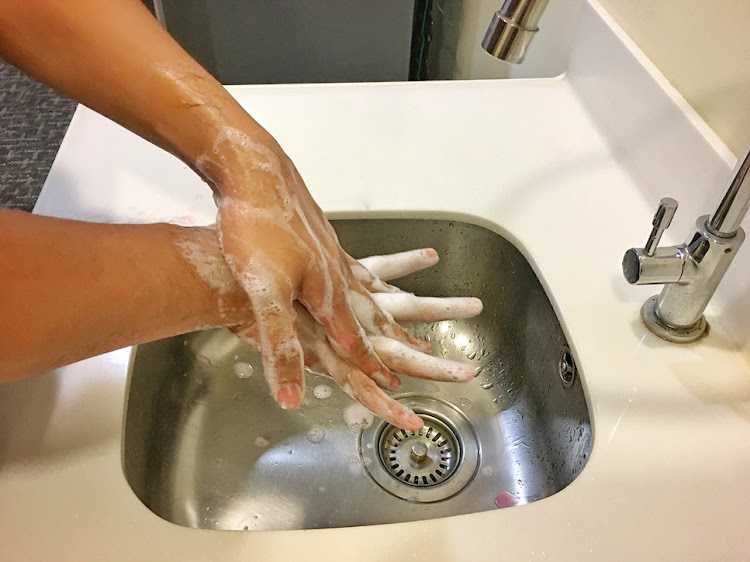 A study found there was poor hand hygiene standards at the emergency unit of one of the big hospitals in Johannesburg.
Image: Kristine Wook/Unsplash

A study before the coronavirus pandemic in SA uncovered poor hand hygiene standards at the emergency unit of a Johannesburg tertiary academic hospital.

The study, by the African Journal of Emergency Medicine, observed the hygiene practices of staff over six weeks between March 11 and April 24 in 2019.

Though the hospital was not named in the report, the hospital was described as a 1,000-bed academic tertiary hospital. About 40,000 patients attend the emergency unit annually. It had 14 beds and seven handwashing basins, each equipped with liquid soap and a paper towel dispenser.

The study's aim was to determine compliance with hygiene practices among healthcare workers at a tertiary hospital emergency centre. A total of 477 potential hygiene opportunities were observed.

The study found overall compliance with hand hygiene was only 34.4%.

The mayor of the city of Johannesburg, Geoff Makhubo, has died.
News
3 weeks ago

It said in the remainder of cases where soap and water were indicated, an alcohol-based hand rub was inappropriately used on 42 (27.8%) occasions and no hand hygiene was observed on 74 (49%) occasions.

The report also found that compliance with “bare below the elbows” was observed in 242 (50.7%) opportunities while disposable surgical gloves were worn on 85 (44.7%) of the 190 opportunities where this was indicated.

The report highlighted that healthcare-associated infections were an important contributor to patient morbidity and mortality and also placed a substantial burden on the healthcare system.

“The emergency centre (EC) is the first point of contact for most patients requiring hospitalisation. Due to the undifferentiated nature of a patient presented to the EC, many patients including those residing in long-term care facilities, those recently discharged from hospital and those on chronic ambulatory therapy, were at high risk of harbouring healthcare-associated infections,” read the report.

Overcrowding in emergency units has been associated with an increase in the risk of the spread of infection. However, in general, the hands of healthcare workers have been considered as the chief mode of transmission of infections and are therefore a key measure in the prevention of infections.

The report acknowledged several limitations to the findings of the study. First, it said data was not collected during night shifts when there was less oversight from senior staff. Also, researchers did not look at the relationship of handwashing frequency to the incidence of infections in the emergency centre in which the study was conducted.

“Additionally, we did not relate findings of hygiene practices to external factors such as the location of washbasins and the availability of alcohol hand rub, soap and other consumables,” read the report.

More than 1.3 million females have been infected with Covid-19 and more than 981,000 males have contracted the coronavirus since March last year.
News
2 weeks ago