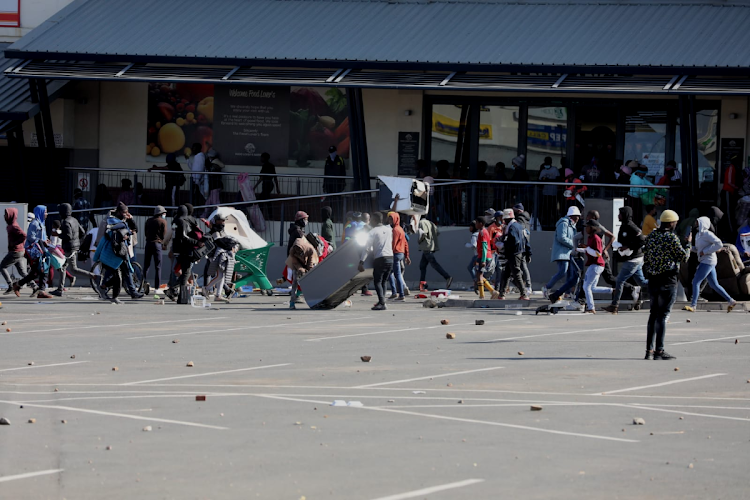 Jabulani Mall in Soweto on Monday July 12 2021. Two police reservists in Soweto were arrested after being found in possession of property alleged to have been stolen during the looting of businesses in Soweto on Tuesday.
Image: ANTONIO MUCHAVE

Two police reservists in Soweto are among hundreds of people who have been arrested during the looting that affected mostly shopping malls in KwaZulu-Natal and Gauteng since the beginning of the week.

This was contained in the report by the National Joint Operational Intelligence Structure (Natjoints) released earlier this week.

Col Brenda Muridili said two on-duty reservist constables were found in possession of property alleged to have been stolen during the looting of businesses in Soweto on Tuesday.

“It is further alleged that the two suspects were found offloading suspected stolen property from a state vehicle,” Muridili said.

Muridili said 1,234 people had been arrested for mass looting in KwaZulu-Natal and Gauteng.

Grocery shop managers and petrol station owners in some parts of Gauteng said yesterday that panic buying had caught them off guard amid concerns of ...
News
1 year ago

On Tuesday, Moloi said he was not looting and that the incident had been taken out of context - but a second video suggests otherwise.
News
1 year ago

More than 130 people appeared in various Johannesburg courts in relation to the ongoing violent protests and rampant looting.
News
1 year ago

Shoprite condemned the unrest and violence which affected the livelihoods and lives of millions of law-abiding citizens, and which targeted ...
News
1 year ago
Next Article