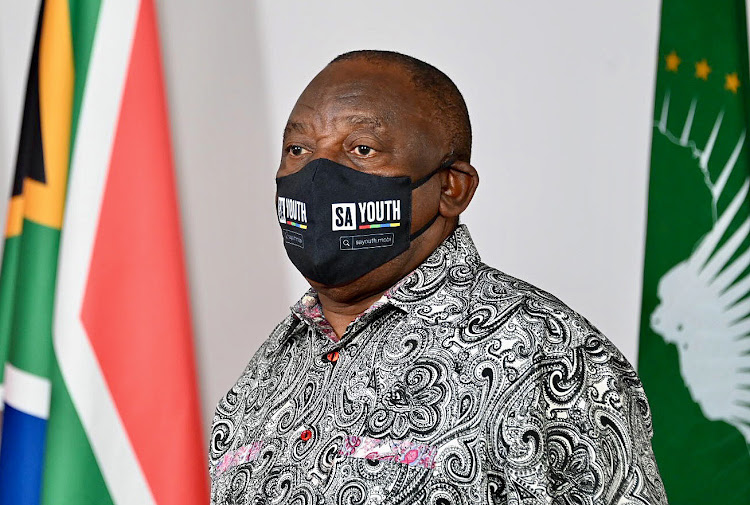 SA’s inability to overturn the adverse socioeconomic conditions of young people and their exclusion from the economy has continued to undermine efforts to grow the country’s economy.

This is according to President Cyril Ramaphosa, who on Wednesday delivered a virtual address as the country commemorated Youth Day and the 45th anniversary of the June 16 Soweto Uprising in which young people took to the streets in 1976 to fight against the apartheid regime as it sought to impose Afrikaans as the medium of instruction, among other oppressive measures.

Ramaphosa said the students, many whom were shot and killed by apartheid police, including Hector Pieterson, had shown through their activism that freedom was not given but was taken, fought for and struggled for.

He said while SA was infinitely different from what it was in 1976 as there were now many opportunities that were denied to young people, the country’s youth still faced many socioeconomic challenges.

“Nearly 64% of our young people in SA are unemployed and this is something no country can afford. Young people are the momentum that drive a country and grow its economy. Young people are a source of innovation and new ideas because they have the energy and the talent,” Ramaphosa said.

He said the country’s gloomy economic state had been further damaged by the Covid-19 pandemic, with the youth being severely affected as they were pushed further into the margins of the economy.

“As a country we are a committee and we are putting young people at the centre of our national recovery. This is the singular focus of this administration, to ensure that young people are given access to opportunities so that they can better themselves and also drive change in their communities and contribute to the economy,” he said.

He pointed to last year’s launch of the Presidential Youth Employment Intervention (PYEI) and the Presidential Employment Stimulus (PES) programmes, as well as the business-driven youth employment service (YES) aimed at giving work experience to young people as examples of strides to ensure that the youth entered the job market.

While Ramaphosa indicated that the programmes had helped many young people gain sustainable jobs and penetrate sectors such as agriculture, most young people remained without jobs and with no participation in the formal economy.

Ramaphosa announced that his administration was launching yet another initiative, the National Pathway Management Network.

“This initiative brings together eight government departments, led by the department of employment and labour, to form a network that will support young people to find pathways into the economy,” he said.

The struggling National Youth Development Agency (NYDA) was also set up as a government agency with a mandate to support young people and their socioeconomic initiatives across sectors of the economy.

The NYDA is currently without a board as opposition political parties continue to fight over its composition, accusing the ANC of appointing its youth and that of its alliance partners.

Ramaphosa called on SA youth to, however, stop focusing on what the government could do for them, but use innovation to find ways in which they could help take the country forward.

NYDA chief executive Waseem Carrim said while government initiatives have helped uplift many young people from the indignity of growing unemployment, there was no luxury of time as youth joblessness had become a scourge.

Carrim said the government also had to bring the lasting solution to the crisis of funding for higher education for the youth as it was recurring every year.

“We may ask ourselves how we pay for the pressing needs for young people. We do it by ending corruption, but also the rich in this country do not pay their fair share.  When asked to do so they cry socialism and cry redistribution of income. We must call for the redistribution of wealth from the richest to the poorest,” Carrim said.

The DA and the EFF used their respective June 16 commemorations to campaign for the upcoming local government elections and blasted the ANC, accusing it of being responsible for many of the challenges faced by the youth.

Disturbing that youth are uninformed about June 16, says Cyril Ramaphosa

President Cyril Ramaphosa says it is disturbing that knowledge and awareness about the historic events of June 16 that transpired 45 years ago was ...
News
3 months ago

Tomorrow marks 45 years since that fateful day when scores of young people were killed by a brutal apartheid government for protesting against being ...
Opinion
3 months ago