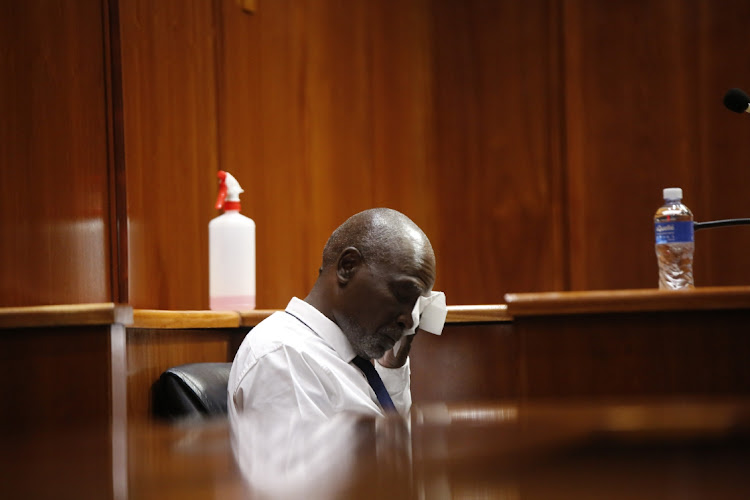 Lucas Phasha was found guilty for the murders of his four children.
Image: SUPPLIED

A Limpopo father who was on trial for the brutal murders of his four children was today found guilty in the Limpopo High Court in Polokwane and slapped with four life sentences.

Lucas Phasha,52, a former lawyer, killed his four children – Katlego, 9, Joyce, 7, Tshepo, 5, and Adel 3 – after accusing their mother of neglecting them and cheating on him.

The children were found dead at two separate locations in Selatole section of GaPhasha village near Burgersfort on February 18 last year.

Handing down the judgment, Judge Gerrit Muller said the state had proven beyond reasonable doubt that Phasha is guilty of all four counts of murders.

Muller described Phasha as a liar who painted all the state witnesses to have had an agenda against him.

"One of the witnesses, Raymond Phasha,  testified that he was with Phasha after the children were found murdered and he (Phahsa) confessed to him. However, Phasha denied to have confessed and stated his relationship with Raymond went sour after he stopped assisting him financially," Muller said.

Muller further said the woman who Phasha claimed was his girlfriend and that he had slept at her place on the day the children were murdered told the court that they only know each other from social media.

"The married woman said she knew Phasha from social media and never met. She denied being in love with  Phasha but said in one of their chats the former lawyer promised her a job at a guesthouse in his area," Muller said.

Prosecutor Mashudu Mudau also told the court that Phasha has previous convictions where he was found guilty of murder and attempted murder in 2001 while he was practising as a lawyer.

However, Phasha told the court that he lodged an appeal against some of the convictions.

MEC for social development Nkakareng Rakgoale, who was in court today, welcomed the outcome of the case, saying that it will serve as a deterrent to would-be abusers and murderers of children.

Rakgoale said people of Phasha's character must be permanently removed from society.