'Are you comfortable with having a health minister who is accused, along with his family, of benefiting from an irregular Digital Vibes contract?' DA MP asks 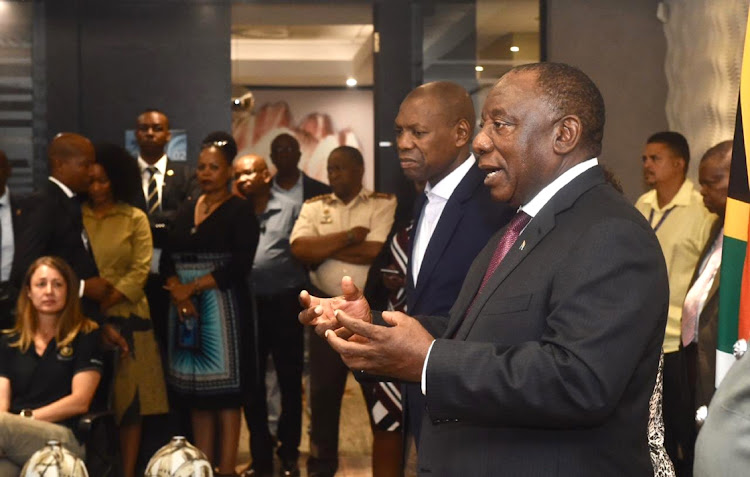 President Cyril Ramaphosa's plea for patience amid growing calls for him to act against alleged cronyism and corruption involving health minister Zweli Mkhize were rejected by opposition parties on Wednesday.

Ramaphosa said appropriate action would be taken when an SIU investigation into the R150m Digital Vibes contract was complete. However, he encountered more pressure from opposition leaders to sack Mkhize.

The DA's Dean Macpherson said ANC leaders were the real pandemic and that the president had failed the biggest challenge of his presidency.

“Instead of procuring vaccines, your comrades were obsessed with stealing money meant for jabs. They were the real pandemic in SA,” said Macpherson.

“You have remained silent on the biggest test of your leadership through this time, and that is the alleged corruption involving health minister Zweli Mkhize and Digital Vibes.”

He said the governing ANC could not get anything done because “its only purpose is to lie, steal and cheat”.

Macpherson threw down the gauntlet to Ramaphosa, asking him: “Are you comfortable with having a health minister who is accused, along with his family, of benefiting from an irregular Digital Vibes contract?”

Health minister Zweli Mkhize has declared an assortment of gifts he received in 2019 including sheep, snack baskets, chocolates, red wine and rum.
News
3 weeks ago

Mkhize has been under intense scrutiny over R150m paid by the health department to the communications company involving two of his close associates.
News
3 weeks ago

He added that South Africans don't need time and space, but demanded action as “people's lives depend on it”.

“The minister you have entrusted with the Covid-19 rollout is busy looting money with unnecessary public relations while nurses and doctors do not have access to vaccines,” said Malema.

He accused Ramaphosa's government of over-dependence on Western countries for inoculation, saying this had also contributed to the slow access to Covid-19 vaccines.

This comes a day after the World Health Organisation (WHO) granted emergency authorisation for China's Sinovac vaccine.

Malema criticised Ramaphosa and his government for being “obsessed” with transactions over saving lives regarding vaccine procurements.

“You go around complaining that the Western countries are hoarding vaccines. We know that Sinovac has sufficient efficiency rate and the Chinese are not hoarding it. Russia's Sputnik is also not being hoarded.

“It's the obsession with the European and American Covid-19 vaccines motivated by profit blinding you and your government to alternatives,” he said.

Malema warned the president that Covid-19 deaths as a result of lack of vaccine provisions would be blamed on him.

“You will be a president that has failed to rescue our people when they needed you, like in Marikana when our people needed you, you were not there for them.”

President Cyril Ramaphosa says he has spoken to health minister Zweli Mkhize about the serious allegations of wrongdoing involving the alleged ...
News
3 weeks ago