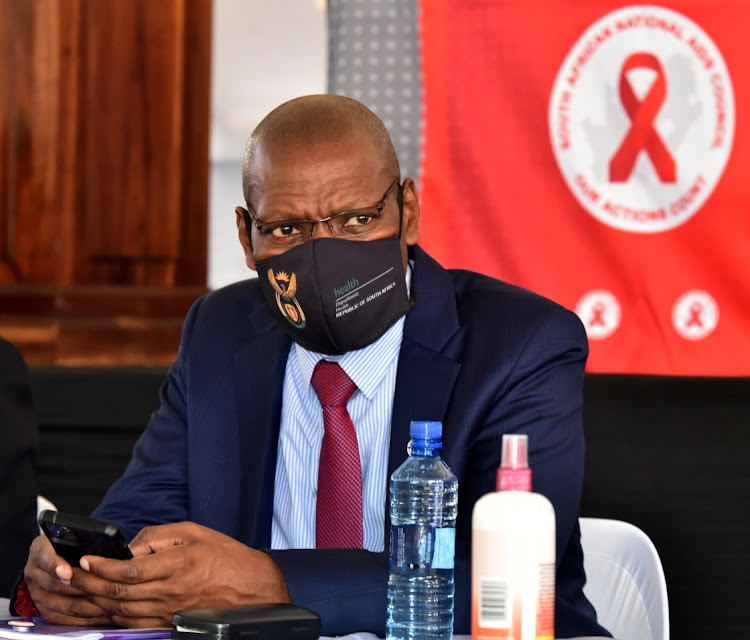 Health minister Dr Zweli Mkhize has expressed shock at the amount of money spent by his department on a communications company allegedly run by his close associates.

Mkhize broke his silence in a media briefing held on Wednesday morning over the controversial multi-million rand communications tender awarded by his department to a company called Digital Vibes.

The briefing came amid growing calls for Mkhize to come clean or step down after the relatively unknown company with links to his close associates scored the huge contract in 2019.

Civil rights and anti-corruption organisations also added their voices to calls for the minister to step down pending an investigation by the Special Investigating Unit (SIU).

Mkhize said he didn't personally benefit from the controversial contract and did not think he has to step aside.

He said the department's internal investigation found the contract to be irregular.

Mkhize said authors who conducted the investigation have suggested that rates charged by Digital Vibes should be compared to those of other service providers rendering the same services.

This came as the South African Council of Churches expressed dismay at what it termed  "gross and unfathomable abuse of public funds" which made "a mockery of government communications."

While there has been public criticism of certain government decisions and the approach to fighting Covid-19 since it broke out last year, health ...
Opinion
11 months ago

The Daily Maverick, an online newspaper, ran a series of articles on how the little-known company, Digital Vibes was paid more than R100m for communication services, including setting up interviews for the minister and arranging press briefings.

Mather and Mitha were Mkhize's communications strategists during his bid for ANC presidency ahead of the Nasrec 2017 ANC elective conference.

The Organisation Undoing Tax Abuse (Outa) and the Council for the Advancement of the South African Constitution (Casac) called on Mkhize to step down, pending the finalisation of the investigation by the Special Investigating Unit (SIU).

Wayne Duvenage, Outa CEO, said: "If Mkhize was good in his processes, he would volunteer to step aside or recuse himself without even been asked while the investigation is taking place and if not the president must ask him to do so." He said the allegations were a serious concern and they hoped that the president would soon also instituted an independent inquiry in which Mkhize would explain himself.

Digital Vibes was appointed in 2019 through a closed tender to provide communication services for the government’s National Health Insurance (NHI) rollout, with the scope of the work later extended to include communications services for Covid-19, Daily Maverick reported.

Lawson Naidoo, Casac executive secretary, said in an ideal situation, parallels have to be drawn with the spokesperson of President Cyril Ramaphosa, Khusela Diko who stepped down amid the Gauteng PPE tender scandal.

"I think what we would want to see is the consistency of approach from the government in terms of how these issues are dealt with," Naidoo said.

Naidoo said even though there has not been any direct evidence linking or implicating Mkhize in the procurement processes which led to the awarding of the contract to Digital Vibes, he expected the presidency to make "preliminary queries of their own" in this matter.

Corruption Watch director David Lewis said: "The minister has to provide an explanation for how come someone with no experience in communications got such a huge communications contract where the only possible reasons seems to be the personal connection with him."

Chairperson for the portfolio committee on health Sibongiseni Dhlomo said he was satisfied that the matter is being investigated.

The Democratic Nursing Organisation of SA (Denosa) said while it did not want to preempt and make conclusions about the saga, it was concerned about the alleged looting of Covid-19 funds.

Denosa national spokesperson Sibongiseni Delihlazo said: "As healthcare workers, we have had the worst experience of Covid-19 and corruption was at the forefront of it. It is in the interest of every healthcare worker that the investigation is done thoroughly and speeded up.”

Nehawu spokesperson Khaya Xaba said union also wanted a speedy probe into the allegations to establish who was implicated.

AfriForum wants health minister Dr Zweli Mkhize to step aside until the Special Investigating Unit has finalised its probe into the Digital Vibes ...
News
11 months ago

The health ministry has admitted that there have been some "glaring irregularities" found in the awarding of a multimillion-rand contract to Digital ...
News
1 year ago

As the ANC was concluding its heated special national executive committee (NEC) meeting on Monday, several KwaZulu-Natal branches who mobilised ...
News
1 year ago
Next Article