Some people in Fairland and Northcliff had been without water for as long as five days, says ward councillor 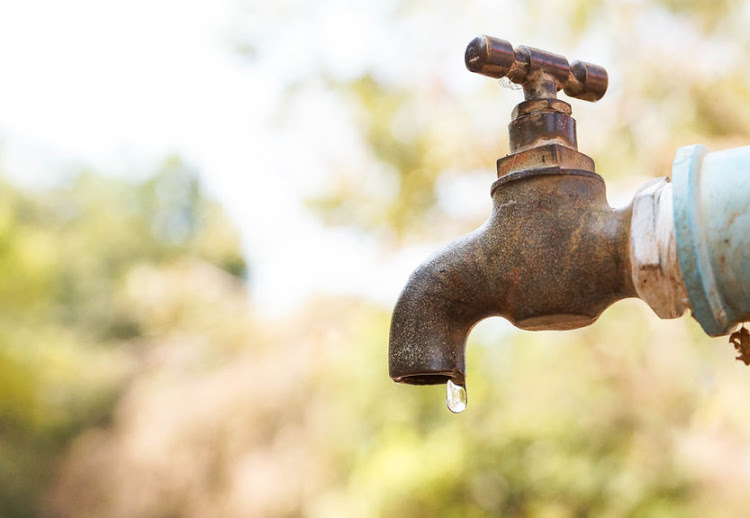 “I’ll never look at water the same way again.” These were the words of Vanessa Venter from Fairland in Johannesburg as the area marked the third day of being without water.

“We don’t have water and in-between that we are without electricity because of load-shedding. My biggest worry with this is the hygiene — because we can’t shower or wash our hands properly. We can’t do dishes or mop the floor,” she told SowetanLIVE's sister publication TimesLIVE.

Venter said they had also run out of clean mugs, glasses, plates and cutlery as they can’t do the dishes. She said they were saving the little water they had in buckets for drinking.

She said the experience was an eye-opener as it showed her how blessed she was to have running water in her house.

“There are thousands of South Africans whose lives are like this permanently. They don’t have running water at all and, with this experience, I’ll never look at water the same again,” she said.

Mpho Poo, from Northcliff, also said she felt stressed, out of options and defeated. She has also been without water for three days.

“We last had water on Sunday evening, though the pressure was not that great,” she said.

What followed then, she told TimesLIVE, was countless calls to Joburg Water. But these were fruitless, with no commitment on when water would be restored.

Ward 89 councillor Amelia Bester said some residents in Fairland and Northcliff had been without water for as much as five days.

“Morale is very low at this stage. We have Covid-positive residents stuck at home with very few options available to them,” Bester explained.

Seeing that the problem was persistent, the councillor said she had asked Joburg Water for water tankers to be placed at old age homes and in general areas where communities would be able to get it. Bester said tankers arrived only late Tuesday night and had run dry quickly. 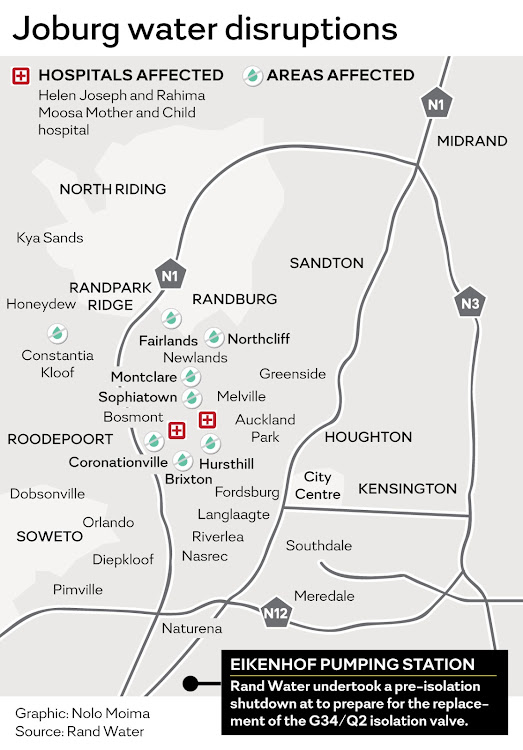 Several areas in Johannesburg have been hit by water shortages.
Image: Nolo Moima

“The last communication received this morning [Wednesday] was that all repairs have been done and that it will take time for the reservoirs to refill,” the councillor said.

She said after communicating with the member of the mayoral committee for infrastructure, Mpho Moerane, she was told that the outage was caused by copper theft and that a valve had been vandalised. Supply was shut to effect repairs.

Bester said most problems in her ward started on Friday after a power failure at the Eikenhof power station affected the supply by Rand Water. She said the fault was repaired and the water supply gradually returned, with higher-lying areas filling up last.

Meanwhile, Fairland police station has issued a notice informing residents to only visit the station if absolutely necessary because of the water outage.

The water woes in Johannesburg continued on Sunday as Joburg Water said it was having trouble ensuring taps don’t run dry.
News
1 year ago

Joburg Water will restrict water supply in a number of its reservoirs because of water shortage from its supplier Rand Water.
News
1 year ago
Next Article