Money for NSFAS stolen by cadres 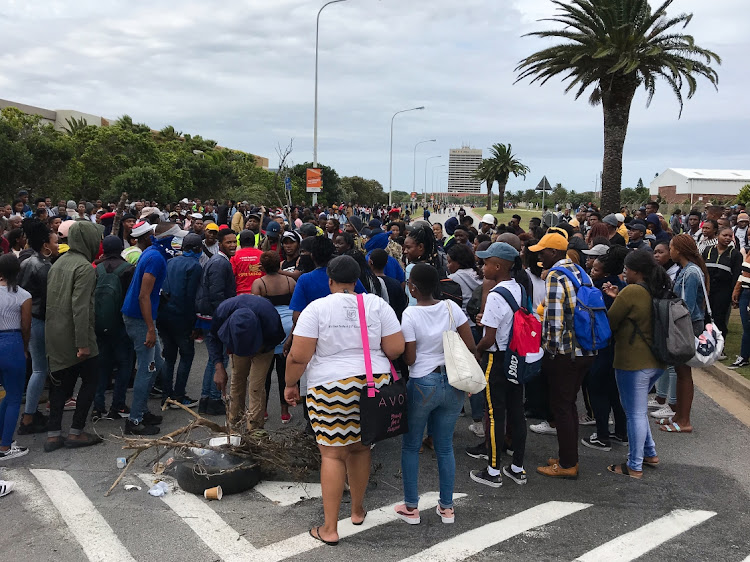 Students blocked roads leading to NMU North and South Campus during a protest on Monday. They were demanding among other things, the clearance for registration, acknowledgment of debt form, accepted for concession, NSFAS funding appeal process to fast-track the process, debt clearance, and accommodation.
Image: Werner Hills

At the beginning of the year, minister of higher education and training Blade Nzimande instructed Unisa to cut the number of first year students by 20,000. The students took the matter to court and won the case.

If students didn't go to court, what would have happened to the 20,000 potential students? They would have stayed at home for the whole year. And there is no guarantee that they would get space next year.

In his budget speech in February, minister of finance Tito Mboweni announced the cut in NSFAS funding without providing an alternative. That's arrogance, and the cabinet approved his budget.

Last week, Wits students began protests against Mboweni cutting NSFAS funding. During the protest, a passerby was shot dead by the police in Braamfontein. May his precious soul rest in peace.

The truth is government has no money; it was stolen by ANC comrades. And those thieves are going on with their lives as if nothing has happened. Some of them are in parliament. So, why should the students pay for the sins of those in government?

The ANC government has promised free education and is reneging on its promise. It's time the nation hold the government to account. Or vote it out. We can't have the same problem every year as if we are mad.

Three in court for allegedly defrauding NSFAS of R1.4m

Three people, aged between 32 and 40, were expected to appear in the Durban magistrate's court on Tuesday for allegedly defrauding the National ...
News
1 month ago

UFS to allow students to register if they owe less than R20,000

Even though the University of Free State has more than R300m in outstanding debt, the institution has agreed to allow students who owe less than ...
News
1 month ago

The state of education in SA nowadays is pathetic. Our system still reflects historic inequalities among the people.
Opinion
1 month ago
Next Article