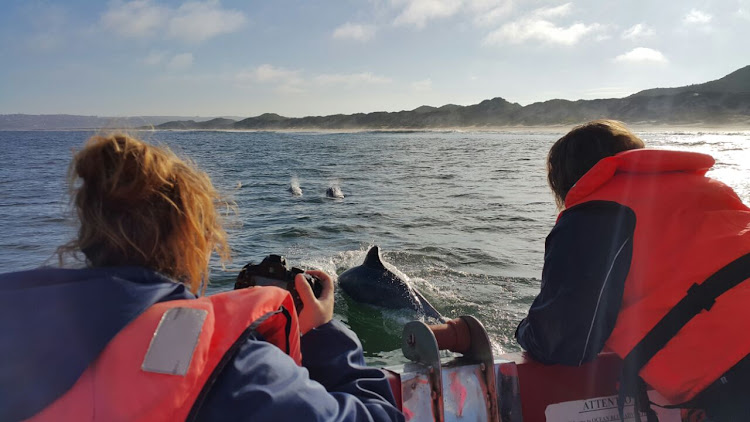 Tourism minister Mmamoloko Kubayi-Ngubani has told parliament that she will not drop her policy agenda to transform the predominantly white-owned tourism industry.

She was speaking in defence of the financial relief provided by her department only to black-owned companies in the face of a court challenge by AfriForum and trade union Solidarity.

Kubayi-Ngubani was delivering her 2021/2022 spending and policy priorities — or the department's budget vote.

During the debate, the Freedom Front Plus accused the minister of racism for her stance on transformation in the tourism industry. FF Plus MP Ignatius Groenewald said providing financial support to only black-owned businesses in response to Covid-19 amounted to racism.

Groenewald argued that it was not only black-owned businesses that suffered financial losses. According to Groenewald, every entrepreneur in tourism must have access to the R1.2bn relief through the Tourism Equity Fund, as well as further millions in the Tourism Transformation Fund.

“Freedom Front Plus cannot agree that the department helps black-empowered businesses and only assists black-empowered tourism market contributors through the Tourism Equity Fund. This is naked racism,” Groenewald said.

He said that using black economic empowerment (BEE) policy to decide who would get funding was ANC propaganda that South Africans were not interested in.

“Now is the time that entrepreneurship must be promoted and not ANC propaganda. It is time to create job opportunities not to limit them by cadre stealing and relief provided not contributing to the market.

“Any talks after this pandemic about transformation will be to punish any non-black in SA who competed in an open economy and practised good entrepreneurship,” Groenewald said.

However, this did not sit well with Kubayi-Ngubani, who defended the decision to  support only black-owned businesses. She argued that at least 70% of the people who worked in the tourism industry were black and women and very few of them were owners.

This, she said, cannot be allowed to continue any longer.

“When we look at this we think that South Africans need to continue to be, especially the ones from disadvantaged communities, workers while watching others to be owners?” she asked.

“The TF [Transformation Fund] is meant to change this landscape and I think we all need to commit to the transformation of the tourism sector.”

She research has shown that black women remained the face of poverty.

As a woman herself, it was prudent, she said, to change this with the little power that she has.

“You can’t continue with such situation and think that it's normal and acceptable. My responsibility is also to lift other women to make sure that opportunities are created for those women who are being left behind as Mama [Charlotte] Maxeke has asked us to do. When you have an opportunity, get in and lift,” she said.

“And this is about all the women in the tourism sector. The fact that this sector is predominantly women, the participation is by women, more than 70% actually. I’d go look for them, why are they nowhere in being CEOs, where are they in middle management of these companies that we’re talking about?

“Why are they not owners of these products? And we think that’s normal. In a country that has majority of the population being women, it can’t be, it can’t be business as usual.”

AfriForum’s campaigns manager Jacques Broodryk said: “This ruling is a major victory against the ANC government’s institutional racism against ...
News
1 year ago

TEF to revive the tourism industry

Government has committed R1.2 billion towards the renewal of the South African tourism sector over the next three years.
SebenzaLIVE
1 year ago
Next Article