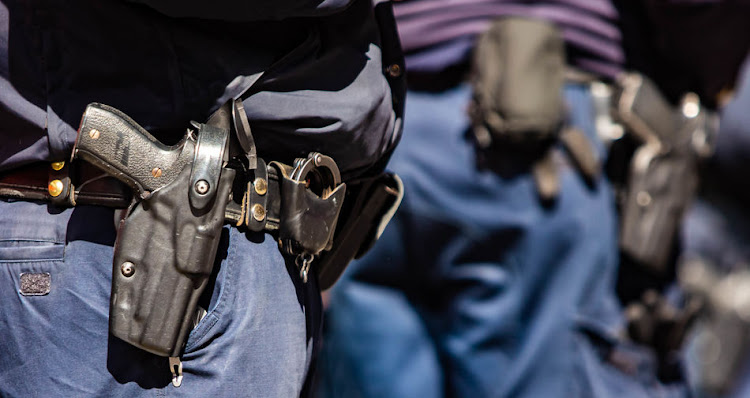 A legal battle is brewing after a number of people were named as beneficiaries of a learnership programme.
Image: 123RF/Ivan Kokoulin

A legal battle is brewing between the Mpumalanga provincial government and dozens of people who were named as beneficiaries of a learnership programme.

The provincial department of community safety, security & liaison has applied for a court order to have 97 students who were initially named as beneficiaries of the traffic department's learnership programme removed from the project.

In February, premier Refilwe Mtshweni-Tsipane said preliminary investigations into the 2021 learnership programme suggested that the process was flawed.

She said the programme would be suspended pending an investigation into the recruitment process.

But students have refused to leave the Mpumalanga traffic officers' training college in Bushbuckridge, despite the department serving them with letters notifying them of the suspension of the programme.

The department has approach the courts to have the beneficiaries removed.

“We have applied for the court order to remove the learners, but we haven’t got a final order yet,” said department spokesperson Moeti Mmusi.

However, the would-be trainees said they had their own lawyers and would oppose the application.

“As we speak I’m here in the college. The matter is actually sub judice as our lawyers have challenged government's actions, which is totally wrong. If there’s anything wrong with our recruitment processes we believe the department should deal with officials who presided over the process,” said a student who asked not to be named for fear of victimisation.

“We don’t know anything ...  we submitted what was needed [qualifications] and were handed appointment letters,” said another student who also spoke on condition of anonymity.

The students said they were waiting for the Mpumalanga High Court to give them a date for the case to be heard.

Head of the safety department, Busisiwe Nkuna, has been suspended after the allegations. She has been charged with insubordination for allegedly failing to remove the students from the college after Mtshweni-Tsipane released a statement on the programme.

However, Nkuna claimed she did not take action because Mtshweni-Tsipane had not instructed her to do so.

A delay of five years did not save a former Tshwane metro police official who tapped an undercover cop for a bribe.
News
1 year ago

Over the past three years, 799 Western Cape police officers were investigated for breaching policies around the use of state vehicles.
News
1 year ago
Next Article