President Cyril Ramaphosa launched the fund on Tuesday, at a time when lockdown regulations have crippled the usually lucrative industry 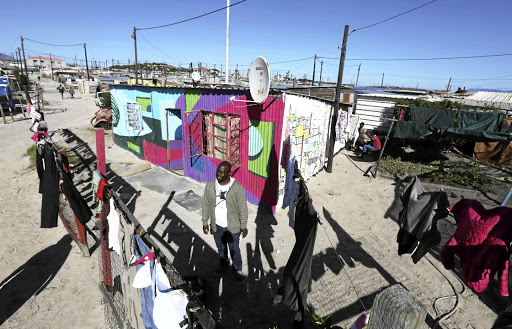 Juma Mkwela paints murals in Khayelitsha and runs a business which enables visitors to join in with the painting. The Tourism Equity Fund aims to give entrepreneurs like Mkwela a boost.
Image: Esa Alexander

The government has launched the R1.2bn Tourism Equity Fund, aimed at improving the participation of black entrepreneurs in the tourism sector.

President Cyril Ramaphosa launched the fund on Tuesday, at a time when Covid-19 national lockdown regulations have ravaged the usually lucrative industry.

With the new fund, black players in the sector were due to enjoy funding to boost their business enterprises in the next three years. The fund would provide either grants or debt funding for companies owned by black women and disabled entrepreneurs, in an attempt to reignite an industry decimated by the coronavirus.

The equity fund was also aimed at transforming the tourism industry, which has so far proved difficult for black businesspeople to penetrate due to limited access to financial support.

The R1.2bn fund would consist of up to R540m from the department of tourism, R594m from commercial banks and R120m from the Small Enterprise Financial Agency (Sefa).

The tourism sector has been identified as one of the major contributors to the country’s economic development.

Ramaphosa said while the Covid-19 lockdown has had a devastating effect on the industry, he was confident that it would bounce back due to its resilient nature.

“The Tourism Equity Fund is informed by the recognition that the capital-intensive nature of the industry prevents many black-owned tourism enterprises from growing and developing,” Ramaphosa said. “By providing access to finance for black-owned commercially viable tourism projects, the fund intends to address this challenge.”

The fund was targeted at beneficiaries across the tourism industry value chain, including those in the accommodation, conferencing, travel and other areas.

Ramaphosa said he was committed to ensuring black entrepreneurs would “not be roped in by fronting companies or to be marginal bystanders and small-scale suppliers to larger tourism enterprises”.

“Whether it is in the coastal town in the Eastern Cape or a wildlife-rich area in the North West or Limpopo, it is our aim through this fund to actively support black-owned businesses to run profitable and sustainable enterprises. It is also our aim to employ people to procure goods and services locally, and to make a real contribution to our economy,” he said.

Ramaphosa said he acknowledged that the fund was being launched while the country remained under a lockdown which continued to hamper the sector.

“As damaging as this pandemic has been — and continues to be — we can be certain that as infections are bright under control and more areas of economic activity resume, there will be a gradual recovery. That is bound to happen as it has happened throughout history.

“The task before us now is to ensure that we do not simply return to business as usual, but that we focus on accelerating the pace towards achieving our transformation goals,” Ramaphosa said.

She said the fund would target commercially viable and sustainable black-owned businesses with a minimum of 51% ownership.

Open the beaches and let the wine flow, Winde pleads with Ramaphosa

Thousands of jobs and billions of rand are haemorrhaging from the Western Cape’s economy, premier Alan Winde said on Tuesday as he called for a ...
News
11 months ago

The annual historic Robben Island Valentine’s Day weddings have been cancelled for this year, Robben Island Museum said on Friday.
News
1 year ago
Next Article