Emfuleni municipality on path to recovery 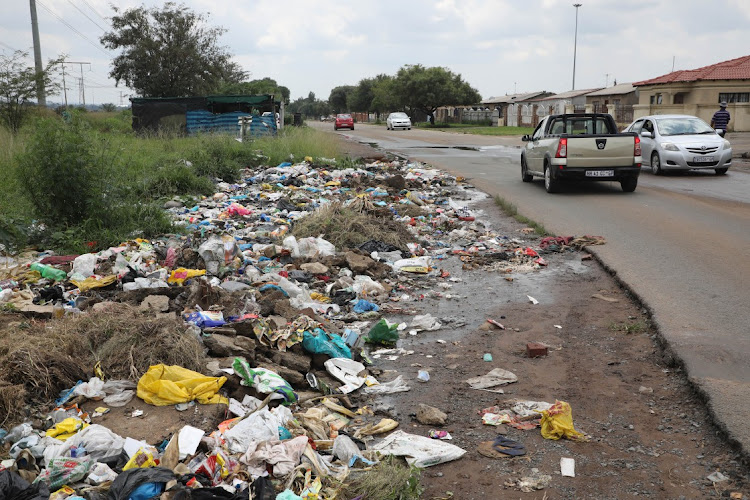 Sharpeville township in the Vaal triangle with potholes and garbage ever corner of the township under Emfuleni Municipality
Image: ANTONIO MUCHAVE

Administrators  tasked with turning around Emfuleni local municipality in Sedibeng, south of Johannesburg, say they are winning in addressing financial problems and service delivery issues which have plagued the council for the past few years.

On Tuesday, lead administrator Gilberto Martins was joined by Lesedi Mere, who is responsible for supply chain, Silas Zimu, heading basic services, and Rianda Kruger in  explaining the progress during a panel discussion orgainsed by Gauteng government.

The administrators said while there is still a lot of work to be done to turn around the troubled municipality, progress has been made in bringing back basic services.

“We are winning. If you consider the main roads that are driving the economy of Emfuleni, bringing goods and services in and out, about 21 of those are done. You can even drive your Ferrari there. We will be starting another 42 roads. Soon on the roads we will tick that they are all done," said Zimu

“If you look at the number of power outages that the residents used to have, that has been reduced. You used to have a whole suburb without electricity for 32 days, those [days] are not yet gone but we’re talking less of such. Reservoirs that had no water in  Vanderbijlpark, today those are full of water.”

However, Zimu conceded that the sewer “is still a big problem” and said the team is working with the department of water and sanitation to solve the problem.

Zimu said the team has started work to introduce smart metering systems for electricity, which will enable the user to monitor consumption while another protected device remains outside the home for the municipality to read. The municipaility has a collection rate just about 70% as people have by-passed their meters and even those who want to pay, dispute the municipality

“We've also gone to Eskom to say that they have good engineers, can they come and help us reduce our power outages. Those agreements are coming into play.”

Martins and his team started their work in the second half of 2020 after previous interventions which dated back to June 2018 had not yielded desired results for the Gauteng government.

Emfuleni has been plagued by service delivery problems over the past few years. Sowetan reported in February about the suffering of the residents and businesses who lived without any refuse collection, constant power outages and potholes.

Prudence Hlanyane, leader of the Sharpeville Development Initiative, said roads still have potholes with the exception of Tshepiso section where construction of new roads is taking place.

“Just yesterday, we had three power outages. Loadshedding schedules state that we should have one power outage in a day... This is something we experience every winter. It has become part of our lives,” Hlanyane said.

Hlanyane said residents still use their own vans to collect refuse. She added that sewage was still running on the streets.

Bongani Phongoane, a member of Beyond Bars, an initiative in which ex-convicts  do community work in Sebokeng, said potholes are now being fixed and the roads were being cleaned.

“There is also movement in the cleaning of the streets. The problem that remains is electricity. Some parts of the township do not have electricity because of technical problems. Refuse collection has started but only once a month,” Phongoane said.

Administrators tasked with turning around Emfuleni local municipality say they are winning in addressing financial problems and service delivery ...
News
8 months ago

The killing of two security officers tasked with protecting an electrical substation from cable thieves has highlighted the danger that lurks behind ...
News
8 months ago
Next Article