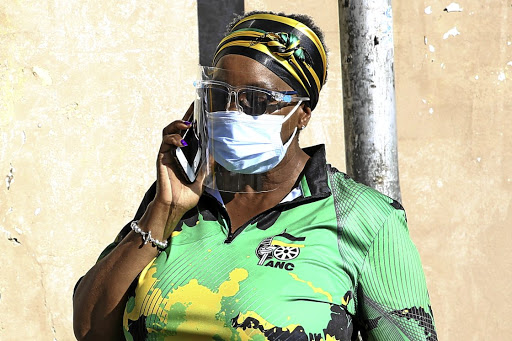 Former minister Bathabile Dlamini has paid the costs awarded against her in her personal capacity by the Constitutional Court. File image.
Image: Thapelo Morebudi/Sunday Times

Former social development minister Bathabile Dlamini has paid the R650,000 personal costs granted against her by the Constitutional Court in a 2018 social grants litigation.

The payment follows a landmark ruling by the apex court in September 2018 in which Dlamini, then a cabinet minister, was personally held responsible for failures in carrying out their responsibilities.

The judgment had found her conduct as the minister had been reckless and grossly negligent and had played a part in the crisis which led to the litigation. The ConCourt  then imposed a personal cost order and ruled that Dlamini pay a portion of the legal costs of the case brought to court by NGO, Black Sash Trust.

Black Sash  was joined in the case by Freedom Under Law as they sought to protect the social grants system.

In a statement released on Thursday morning, the Centre for Applied Legal Studies which represented Black Sash Trust, Freedom Under Law and Black Sash noted that Dlamini has paid the costs, amounting to around R650,000.

“We have been very pleased to see our democracy at work in this case to hold even those occupying some of our highest offices accountable in their personal capacity,” says Ariella Scher, attorney at the Centre for Applied Legal Studies.

Scher said they are confident that this is an approach that can be used in future to combat corruption at all levels of government, from local municipalities to cabinet.

Nicole Fritz, CEO of Freedom Under Law: “It is essential that government leaders entrusted with such important positions of care and responsibility for those most vulnerable in our society be required to face real reckoning when they so starkly fail to discharge their responsibilities.”

In February, Dlamini had pleaded poverty saying she cannot afford to pay the legal costs of the two NGOs saying her ministerial pension is being blocked.

“The struggle to advance the right to social security is far from over,”  Lynette Maart, national director of the Black Sash Trust, said.

Maart added: “We continue to demand that government keep its promises of working towards a universal basic income grant, and we condemn the manner in which the special Covid-19 relief of distress grants and caregiver grants have been brought to an end despite the ongoing state of disaster and unparalleled time of hardship.”