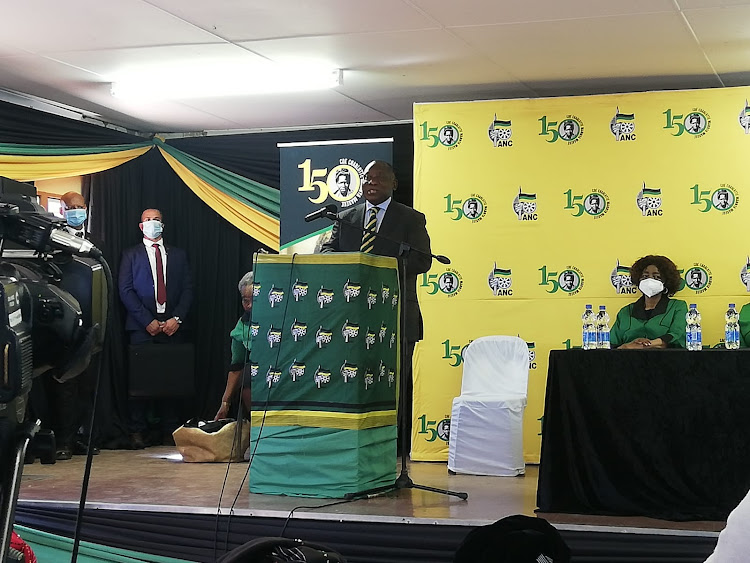 ANC president Cyril Ramaphosa has vowed to crack down on corruption, saying those caught stealing will be dealt with.

He was addressing scores of ANC members and supporters in Gqudesi village in Fort Beaufort on Wednesday, where the party celebrated the 150th anniversary of the birth of stalwart Charlotte Maxeke.

His tough corruption stance comes as the ANC is deeply divided over the 2017 elective conference's step-aside resolution.

Those facing criminal charges such as ANC secretary-general Ace Magashule were given 30 days by the national executive committee (NEC) to step aside or face suspension.

It's a shame that President Cyril Ramaphosa has never ever paid a visit to the socialist Republic of Cuba ever since he became a leader of SA.
Opinion
9 months ago

Addressing the gathering, Ramaphosa promised to act against corruption and implicated officials.

“People love the ANC but they’ll love the ANC more when it shows it is committed to fighting corruption and acts against those implicated. Ordinary South Africans don’t want corruption because they don’t benefit.

“You want a leadership that will give clear directives,” he said.

Ramaphosa also promised to champion the renaming of the old teaching college after the struggle icon.

He was flanked by ANC Women’s League president Bathabile Dlamini, who pledged her support to Ramaphosa as the “elected president of the ANC”.

Dlamini supported Nkosazana Dlamini-Zuma in her failed bid for the ANC top position in 2017 and was seen to be one of the senior ANC leaders who are part of the so-called radical economic transformation (RET) faction.

Ramaphosa was accompanied by some ANC leaders who were instrumental in his win over Dlamini-Zuma in 2017, including Eastern Cape chair and premier Oscar Mabuyane, ministers Stella Ndabeni-Abrahams and Ronald Lamola, and deputy minister Zizi Kodwa.

During the stakeholder session, a Gqudesi villager proposed that the older teaching college be renamed the Charlotte Maxeke TVET college.

Ramaphosa said he was 100% behind the idea and would champion it.