'It's not a small feat that students fight for the right thing and they get shot at': Jacob Zuma 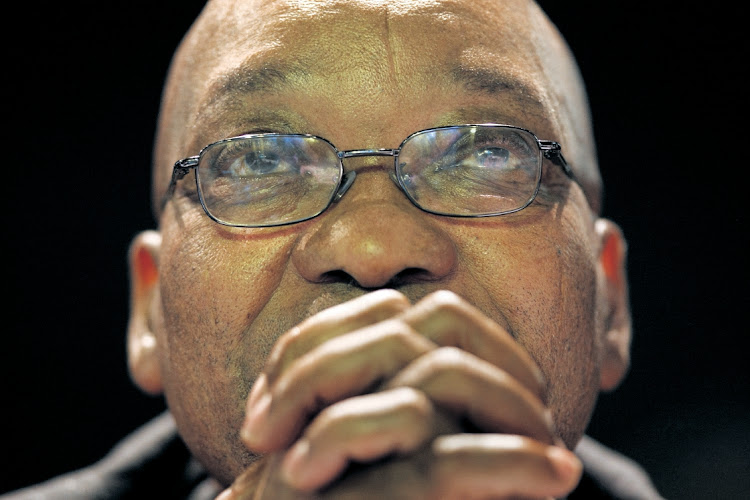 "It's not a small feat that students fight for the right thing and they get shot at. How do you explain this to people?" former president Jacob Zuma said.
Image: JAMES OATWAY/SUNDAY TIMES

Former President Jacob Zuma did not mince his words during the latest tea party at his Nkandla homestead, slamming the ANC government for continued nationwide student protests which saw the fatal shooting of a bystander, Mthokozisi Ntumba.

Zuma, who declared free education for all in December 2017, despite a finding by the Heher Commission that universal free tertiary education was not feasible, said that students were demanding what was rightfully theirs.

“It's not a small feat that students fight for the right thing and they get shot at. How do you explain this to people?

“We, the ANC government, shoot a child because it says we must implement the policy of the ANC, shoot him dead, dead,” he said.

He said his announcement was in line with policy decisions of the party and the Freedom Charter.

The former president was addressing a delegation of the ANC Women's League on Friday, led by its president Bathabile Dlamini, one of his strong allies.

The league had earlier said the purpose of its visit was to consolidate unity within the party. But Zuma used the occasion to launch a scathing attack against higher education and training minister Blade Nzimande.

Students continued with their protests late on Thursday afternoon in Braamfontein, Johannesburg.
News
1 year ago

“I thought he is an ANC member. The ANC's policy of freedom charter states that there must be free education. Where does he get the audacity to dispute the ANC because we made a collective agreement, where was he?

“I would understand if he was criticising the ANC and not me,” said Zuma.

This after Nzimade told parliament’s standing committee on public accounts (Scopa) that Zuma’s announcement on free education had undermined the work of the Heher Commission, exposed NSFAS weaknesses and increased the number of beneficiaries.

The former president also attacked Nzimande in this capacity as general secretary of the SACP.

“The worst part is that he is the general secretary of a party, that is fighting for socialism so that poor people can live.

“I want you to help me and tell him to do his job and leave me alone. I don't want to be disrespectful of him and remind him of who he really is. I am sending a message through you, that he must leave me alone. He must stop provoking me.”

The former president told the league that his decision to defy the Constitutional Court's order to appear before the state capture inquiry was as a result of its chair, deputy chief justice Raymond Zondo.

“I can't respect a judge that does that. The judge must respect itself first, by ensuring that the constitution works accordingly.”

First year students, who qualify for the National Student Financial Aid Scheme (NSFAS), will be able to register as the scheme has released the funds.
News
1 year ago

The NPA took a decision on Thursday not to prosecute all three dockets related to the arrest of students at Wits University because of insufficient ...
News
1 year ago

Wits students ready to take the fight over fees national

'If it means we need to join forces to do it, we are prepared to do anything for students,' said Wits University SRC deputy president Sthembiso ...
News
1 year ago
Next Article