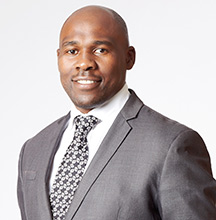 Three senior officials at the South African Maritime Safety Authority (Samsa) have been suspended pending the outcome of an investigation into alleged misconduct at the helm of the country’s maritime regulator.

The suspensions follow a whistle-blower report containing multiple allegations of misconduct in relation to various Samsa activities, notably discussions about offshore ship bunkering deals. The authority is responsible for auditing companies involved in this sector.

One of the suspended officials is former Samsa CEO Sobantu Tilayi, who was redeployed to the chief operations officer role earlier this year. Tilayi is at the centre of the whistle-blower complaints, but some industry sources say he is being targeted because of his oversight role in the offshore bunkering sector. He has submitted a written rebuttal of all allegations to the Samsa board.

“The decision to put the three executives on precautionary suspension follows from whistle blowing and reports of alleged misconduct received from external and internal stakeholders,” the authority said in a statement issued on Tuesday.

Four people were injured, two seriously, when their ski-boat crashed into a shoreline cliff near a KwaZulu-Natal south coast holiday resort on ...
News
2 months ago

“The board has mandated the Samsa acting CEO to appoint suitable officials to act in all three positions for the duration of precautionary suspensions to ensure business continuity.”

Tilayi referred queries to the board.

Earlier this year, civil society group Disabled People SA filed a high court application to force the Samsa board to intervene against those implicated in the whistle-blower report.

Last month the board told the Sunday Times it was addressing the matter. “The [department of transport] and minister of transport are kept abreast of all Samsa board and operational matters via their shareholder representative on the board and in consultations with the board chairperson,” the board said in a statement.

Almost 50 South Africans were among a crew of 62 seafarers who had a lucky escape after abandoning their vessel in the South Atlantic about 2,500km ...
News
8 months ago
Next Article