Container ship limps into Cape Town after fire in hold 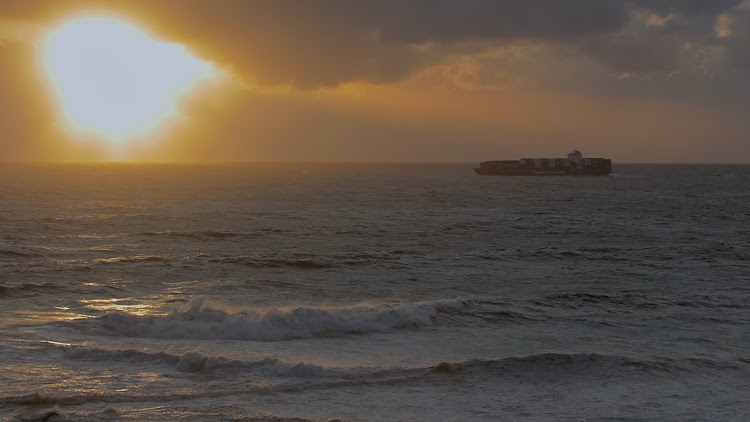 The Cosco Sao Paulo off Cape Town's Atlantic seaboard at sunset on May 25 2020.
Image: Twitter/Deon Bing

A Hong Kong-flagged container ship was escorted into Table Bay in stormy conditions on Tuesday after reporting a fire in one of her holds off Cape Agulhas early on Monday.

The fire has reportedly been extinguished, but it is unclear how much damage has been caused.

There is speculation she may have lost some containers, though maritime officials have yet to clarify the situation.

Five cruise ships will call at the Port of Durban over the next few days to refuel and restock under strict Covid-19 safety protocols.
News
1 year ago

Eyewitnesses took to social media on Tuesday to voice their concerns: “I watched the Cosco São Paulo wallowing about one nautical mile off Ocean View before sunset, often broadside to the 7m swell and 40-knot wind, listing and rolling quite alarmingly,” said one commentator.

“Couldn’t understand why she wasn’t being straightened to face the swell ... stayed broadside on for quite some time.”

Another post drew attention to a helicopter circling in the area — possibly on the lookout for lost containers.

“Helicopter now doing a grid search inside of [Robben] Island and towards the harbour! Does point to containers having gone overboard and now posing quite a shipping hazard as they tend to float below the surface,” the post read.

The SA Maritime Safety Authority is expected to comment on the matter later on Tuesday.