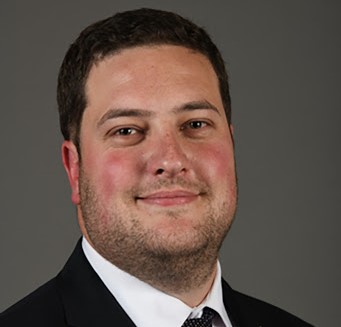 DA finance spokesperson Geordin Hill-Lewis has put his hat in the ring for the mayorship of the City of Cape Town.

Hill-Lewis has written a letter to the party's caucus in the city outlining his intention to run as mayoral candidate.

His letter comes as the party is in the process of selecting mayoral candidates for the upcoming local government elections.

“I am filled with admiration for the work that you do, representing the DA in wards and communities across our great city. You are the engine that makes the city work, so I wanted you to hear directly from me: I am running to be the DA’s mayoral candidate for Cape Town.

“Cape Town is an extraordinary place, rich with history, cultural diversity and natural beauty. And the DA has shown here that clean, efficient government is possible in SA. We already have much to be proud of. I am running for mayor because I believe I have the passion, drive and courage to realise the vision we all share: that Cape Town can be so much more than it already is,” he said in his letter.

Hill-Lewis has even shared a video of himself announcing his candidature in an unidentified Cape Town township where he tells the caucus that the city's best days are ahead of it and that business as usual is not going to cut it for the city.

“A city that really gets the basics right, leaving no community behind, and committed to improving the lives of those living in poverty. We have done so much, and we still have so much more to do. We all agree that Cape Town should stand as a model of the best of SA and the best of the DA too.

“To do so, we must have leadership in the city with the courage and determination to drive this clear vision. This leadership must be bold enough to drive change through the city bureaucracy, and focused enough to test all the limits of devolution. Some might say let’s stick to ‘business as usual’. But we know that national government’s financial crisis will cut across every sphere of government and in every service area,” he said.

Accept a zero percent pay rise or jobs will go. That was the warning to City of Cape Town staff on Wednesday as mayor Dan Plato unveiled the 2021/22 ...
News
1 year ago

Hill-Lewis is seen as an ally of the current party chairperson of the federal council, Helen Zille, having been her chief of staff when she was party leader.

He later became Mmusi Maimane's chief of staff but those in the DA have always seen him as Zille's “eyes and ears”.

Hill-Lewis has recently been part of the main team around party leader John Steenhuisen and has been vocal against finance minister Tito Mboweni and the ruling party's approach to the country's economy.

In his letter, he told the city caucus that Cape Town could be a city that is “at the cutting edge of innovation and technology — more dynamic, more inspiring, more youthful, more successful — taking its place among the great cities of the world”.

His candidature means he will stand against current city mayor Dan Plato, who moved to the city after the departure of Patricia De Lille.

“My offer to the residents of Cape Town is the courage and clear vision for all of us to take our city’s power back from the national government.

“As the DA’s shadow minister for finance, I have a deep understanding of national economics and finances, and Cape Town’s place in them, and I will use these skills to focus Cape Town’s resources on securing a future for all,” he said in his letter.