Projects include electricity, water and sanitation 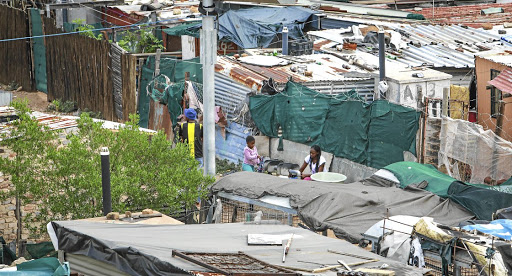 The City of Johannesburg has shown the poorest record of progress compared to other Gauteng metros in the provision of basic services to targeted poorer communities.

This is according to the SA Human Rights Commission (SAHRC) report on the state of human rights in the province, with special focus on the upgrading of informal settlements and the provision of critical services, including water, sanitation and electricity, as part of basic human rights.

The report focused on the first two quarters of the 2020/2021 financial year of the three metros, looking at the plans they had put in place and work they had actually done.

SAHRC officer Dalli Weyers said Johannesburg had received R370m from the government for the UISP projects, with its biggest being the formalisation of informal settlements, which was allocated R221m.

Weyers said despite its elaborate plan, the city has performed very poorly in implementing its projects, which also included electrification and implementation of water and sanitation.

Thousands of residents of Mooiplaas informal settlement in Tshwane have a week to vacate the land they have been occupying or face eviction.
News
1 year ago

“So it is 10% in the first quarter and only 1% in the second quarter. Obviously, if the city continues on this trajectory, these projects will not be implemented by the end of the financial year,” he said.

Weyers said between one in five and one in six households in the three metros lived in informal settlements, 18% in Ekurhuleni, 19% in Johannesburg and 16.4% in Tshwane.

For the 2020/2021 financial year, Ekurhuleni had received R394m for UISP, of which R220m was dedicated to electrification.

Weyers said while there was poor communication and public participation, the implementation of its projects stood at 44.5% at the end of second quarter.

“That is not a bad percentage. Halfway through the financial year and you are almost getting to halfway through the implementation of the projects that you had identified, and we have appreciation that Covid-19 likely had implication for some of these projects,” he said.

Weyers said the SAHRC appreciated that Tshwane had for some time been placed under administration, which made the current administration battle to provide the commission with adequate information for the current financial year.

Future of ‘Spruit’ residents hangs in the balance

About 30km from the richest square mile in the continent lies a hidden melting pot of African cultures - a growing working class shanty-town that ...
News
1 year ago
Next Article