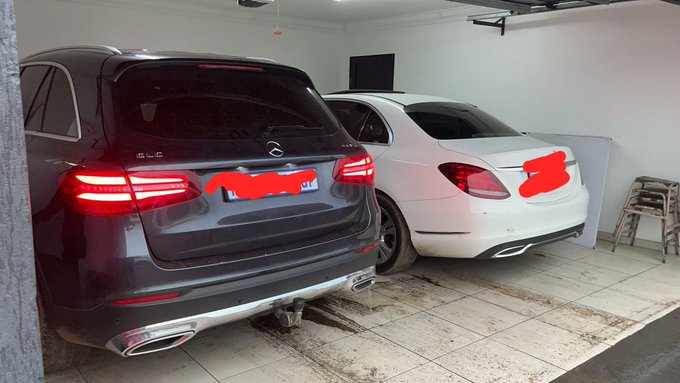 Two suspects are expected to make their first appearance in the Vereeniging magistrate's court on Monday, on charges of possession of hijacked vehicles, unlicensed firearms and ammunition.

This comes as a result of a multidisciplinary takedown operation in response to a hijacking and kidnapping that happened on Monday, January 11, where a driver was allegedly kept hostage and released a few hours later by the suspects, said Brig Mathapelo Peters.

An intelligence-driven operation on Thursday led the team to a house in Sharpeville where police found the sought Mercedes-Benz GLC SUV plus a Mercedes-Benz sedan that has since been confirmed as sought by police in a case reported at Dawn Park SAPS in December.

A search of the vehicles and the premises led to the discovery of a total of 10 firearms, plus seven magazines, over 180 ammunition of different firearms, explosives, signal jammer, and housebreaking implements.

A man allegedly attempting to hijack a Porsche Cayenne died in a shooting on Old Johannesburg Road near the Voortrekker Monument in Pretoria on ...
News
10 months ago

Further investigations are under way to determine possible linkage of the suspects and the firearms to other violent crimes in the province, said Peters.

The possibility of more charges emerging during the investigation cannot be ruled out.

“Those investigating this and all related cases must work hard to build a watertight case that will ensure a successful prosecution and conviction in court. What the team seized during this operation is indicative of the extremity of the violence these suspects may be involved in, terrorising our communities,” said Mthombeni.