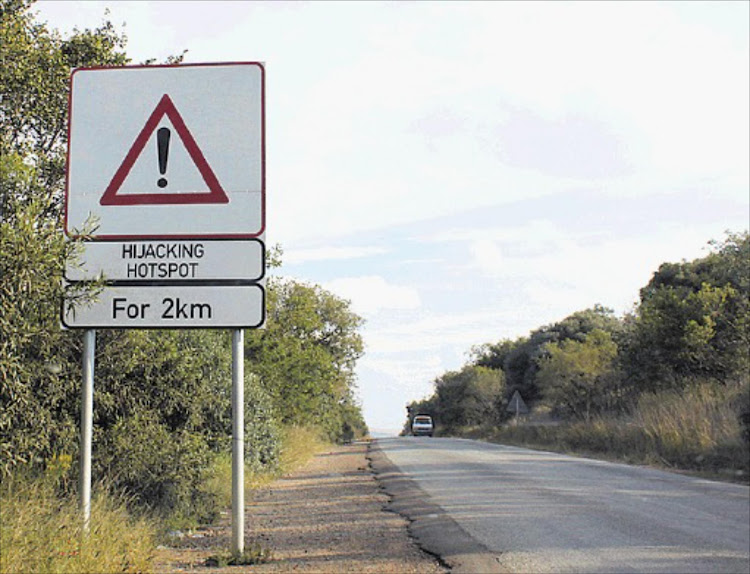 Alleged hijackers got more than they bargained for when they unknowingly targeted an undercover police car.
Image: File photo

Police have opened a case after five men attempted to hijack an unmarked flying squad vehicle in a plan that backfired early on Monday.

“It is alleged that at about 1:30am Port Elizabeth flying squad members were performing duties in an unmarked police vehicle when they noticed a group of five males running towards them,” she said. “They were stationary at the robots ... One suspect pointed a firearm at them. The members swiftly reacted and fired shots at them.”

The police warned drivers to exercise caution at all times when stationary or approaching traffic lights.

A Pietermaritzburg mother has been reunited with her toddler after alleged hijackers escaped in her vehicle with the child still strapped into a car ...
News
1 year ago

Two alleged robbers were shot dead near the Chris Hani Mall in Vosloorus, east of Johannesburg, on Thursday after the Hawks foiled a plot to rob a ...
News
1 year ago
Next Article