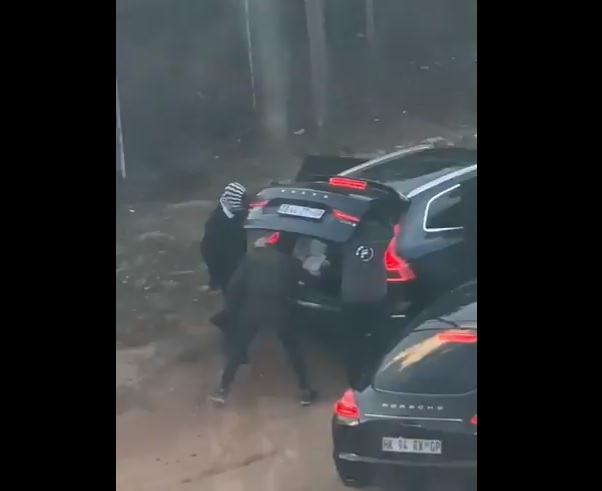 Police said the cash van was driven to Olievenhout street in Northriding where it was blown up.
Image: Screengrab of video

A gang of suspects, allegedly clad in Fidelity jackets, hijacked and robbed a cash-in-transit van in Randburg on Monday afternoon, police said.

National police spokesperson Col Brenda Muridili said the guards were collecting cash at a food outlet in Bellairs in Randburg when they were hijacked by two suspects.

Muridili said the cash van was then driven to Olievenhout street in Northriding where it was parked and blown up.

“The suspects allegedly used explosives to bomb it. The suspects fled the scene with an undisclosed amount of money.”

Cash-in-transit security officers risk their lives carrying millions of rand on a daily basis. Despite a nationwide lockdown, SA Banking Risk Information Centre stats show a 29% increase in attacks on cash-in-transit trucks in 2020 compared with 2019. We talk to some of those tasked with transporting South Africa's money.