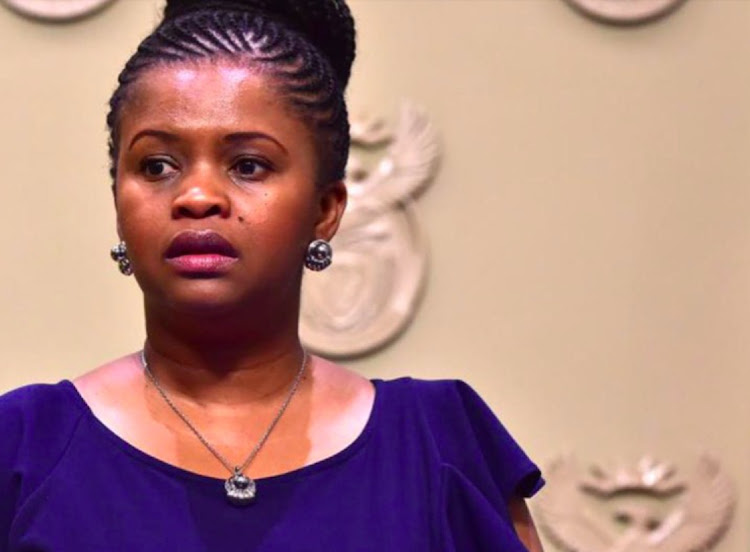 The contracts are currently still under investigation by the Special Investigating Unit (SIU). The SIU found that the contracts awarded to Royal Bhaca and later to its proxy, Ledla Structural Development, were unlawful.

It found that the companies may have been awarded the contracts as a result of Diko’s close personal connection with the MEC.

In a statement, minister in the presidency Jackson Mthembu said though there was no evidence against her so far about the awarding of the contracts, the SIU had nevertheless flagged Diko’s non-disclosure of financial interests.

“During its investigation, the SIU did, however, identify a concern regarding Ms Diko’s duty to disclose all her financial interests,” Mthembu said.

“On the basis of a referral from the SIU on her failure to disclose her financial interests, the presidency has decided to initiate an internal disciplinary process against Ms Diko.”

The presidency did not clarify which financial interests were involved.

The SIU would continue to investigate allegations of corruption relating to two Gauteng health department contracts.

To date it had “not obtained any evidence pointing to Ms Diko’s involvement in the awarding of” the contracts, said the presidency statement.

It was still unclear whether Diko would remain on special leave or be formally suspended pending the disciplinary process.

The relevant processes prescribed in the Public Service Regulations and related documents will be triggered and handled by the acting director-general of the presidency, including consideration of whether Diko remains on special leave or is formally suspended pending the disciplinary process.

President Cyril Ramaphosa on Saturday revealed that the ANC's top six is finalising guidelines to put into effect a party resolution forcing members ...
News
1 year ago

The ANC in Gauteng has resolved to refer the province’s axed health MEC Bandile Masuku and suspended presidential spokesperson Khusela Diko to the ...
News
1 year ago
Next Article