SA testing vaccines on variant, hopes for results within 2 weeks 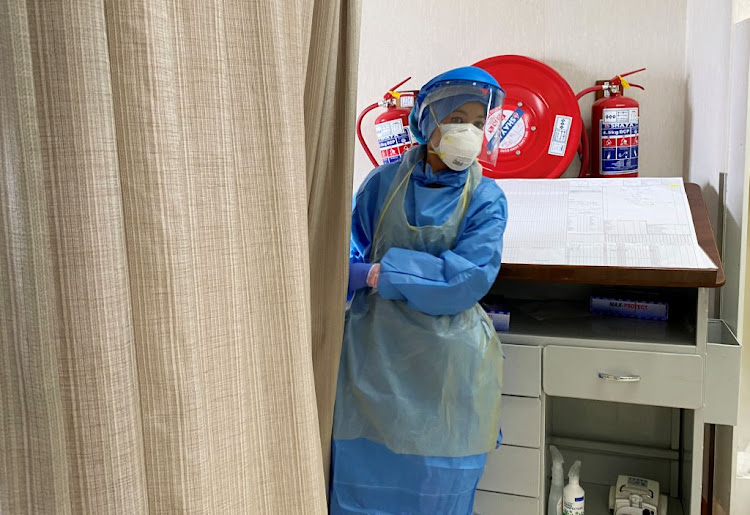 A health-care worker looks on as she attends to a Covid-19 patient at Arwyp Medical Centre, in Kempton Park, SA, on December 25 2020.
Image: REUTERS/Shafiek Tassiem

South African scientists are testing whether vaccines will be less effective against a Covid-19 variant first detected locally and hope for initial results within two weeks, a professor at the national communicable disease institute said.

The variant, known as 501Y.V2, was identified by South African genomics experts late last year and is thought to be more contagious than older variants.

Professor Penny Moore told Reuters the National Institute of Communicable Diseases had received samples from several local vaccine trials, including Oxford University and AstraZeneca's shot, and would try to find out whether antibody responses are reduced against 501Y.V2.

“The assays are now robustly set up and so we can start the vaccine studies, which are really very time-sensitive so we hope to have some preliminary results for at least two of the trials within the next two weeks,” she said on Friday.

Brazilian researchers have identified the concerning new coronavirus variant first discovered in SA in a woman who contracted Covid-19 for the second ...
News
1 year ago

Moore said the NICD would run tests on all the vaccines being trial led in South Africa, including doses being developed by Pfizer and BioNTech, Johnson & Johnson and Novavax.

She said concerns expressed by British scientists and politicians this week that vaccines may not be as effective against the 501Y.V2 variant were not unfounded because of worrying mutations in the spike protein the virus uses to infect human cells.

The reality of the number of Covid-19 deaths in SA is difficult to ignore, especially if you are a social media user.
News
1 year ago

“There is enough evidence to justify a concerted effort to understand whether there will be reduced protection from vaccines,” Moore added.

The variant has driven a resurgence in infections in SA, taking total cases to more than 1.17 million — the most in Africa — and sending daily new cases to a peak of over 21,000 this week.

SA's health minister Zweli Mkhize said on Thursday that hospitals were struggling to manage the influx of patients, as he laid out plans to vaccinate two-thirds of the population to achieve herd immunity.