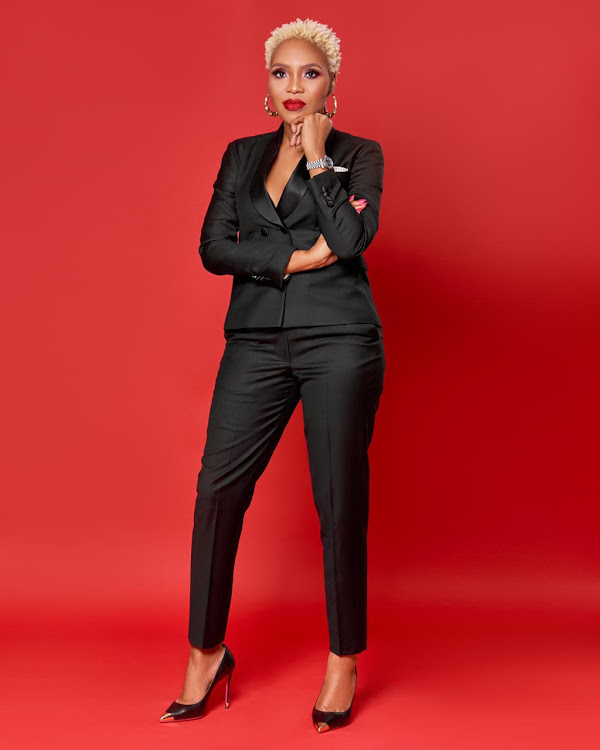 Norma Mngoma, the former wife of Malusi Gigaba, said during an interview with eNCA on Thursday night that the ex-minister received bags of cash from the Guptas.
Image: Supplied

Former minister Malusi Gigaba used to leave the Gupta compound in Saxonwold, Johannesburg, with wads of cash in a bag.

This is according to his former wife, Norma Mngoma, in an exclusive interview with eNCA.

Gigaba took to Twitter about an hour before the interviewed aired to state he was not commenting.

In the about 30-minute interview, Mngoma said her husband, from who she had an acrimonious split, would bring the cash home after visiting the Gupta compound.

The Sunday Times Daily reported in August that Gigaba's former protector and bodyguard — who was not named to protect his identity — told the state capture commission that the former minister had received cash from the family. This cash was used, among other things, to buy his suits.

Cash, bags and the Guptas: bodyguards spill the beans

Mngoma said: “Though I was not there when they gave him the money, I would see him when we left. Every time when we were there he used to carry the bag and they will give him money and when we get home he used to take the money out and put it in the safe and pack it.”

When asked how much money and how often they visited the Guptas, she said: “We used to go there frequently but sometimes they used to come to our house as well. But we used to go there a lot, especially when he was at DPE [the department of public enterprises], lesser at home affairs, but at DPE it was a lot.

“There was a time he was asked in parliament how many times he had been there and he was like, it was occasional and he could not remember, but when we were there, there were no occasions, there were meetings ... They were working.”

Pre-empting the tell-all on Thursday evening, Gigaba tweeted: “To Whom It May Concern. Please note that I shall not be commenting on any aspect of the Moja Love TV audition which will be airing on eNCA at 18h00, tonight. My energy is exclusively reserved for my fight with the askaris who are the de facto puppet masters. #LongLiveTheAnc!”

Mngoma, who has ditched Gigaba’s surname, is in the middle of a legal spat with her estranged husband after a breakdown in their marriage. Divorce proceedings are under way.

Asked why her phone was taken when she was arrested recently, she said: “We have been travelling together and also I think because most of the stuff is because we visited the compound together, the Gupta house, which I think he thinks that I took the pictures of some meetings. Some of the time when there were meetings there I was there, though I did not join in on any meeting.

“I used to sit on the side or sit in another room. Though they used to ask us to leave our phones outside but, like, 30 minutes later, I used to get bored and go fetch my phone. So this year when he started to prepare for state capture he was asking me a couple questions like do I still remember when we were discussing the appointing of people and I said no I never sat in on any meeting.

“So he is so paranoid about what I know and also because our marriage is not there any more.”

Mngoma added that her former husband used to receive gifts from the Guptas.

“When I used to ask him things he used to say that he declared them or maybe it is gifts or for favours because he did favours. I did not know which favours that happened between him and the Guptas because I have never sat with them. I have never even received a call from the Guptas but I know them because we were frequently there [at the house].

“I found him there with the Guptas so I don’t know how long they have known each other because, mina, I was new to this whole thing ... I did not know what was wrong and what was right,” she said.

Mngoma said she noticed that everything was amiss only when the media began to write about her husband’s relationship with the controversial family, which started at the heart of the country's descent into state capture.

“He used to say it was a campaign to destroy [his] name, so I do not know what was exactly wrong. What I know is that sometimes we visit, sometimes you get gifts ... I did not know what was wrong but now I know because he is so paranoid, scared, saying I should not say this and not say that ... and I told him, hawu, I thought you declared this and you said this was OK,” she added.

She distanced herself from the matter, saying Gigaba should be the one who tells the nation exactly what transpired when he appears at the state capture  commission.

The couple, who reportedly met at a Johannesburg restaurant in 2009, tied the knot in a lavish garden wedding on August 30 2014 in front of 550 guests at the picturesque Durban Botanic Gardens.

The couple made headlines in 2015 when Gigaba was entangled in an extramarital affair with New York fashionista Buhle Mkhize. That same year, a probe was reportedly conducted into the couple’s luxurious lifestyle.

According to a BusinessLIVE report, taxpayers spent more than R500,000 on overseas trips taken by the couple. At the time it was reported that Mngoma had accompanied her husband to the US for events of the World Bank and International Monetary Fund, as well as to the BRICS conference and a meeting of the central bank governors in Shanghai, the African investors' conference in London and the G20 conference in Germany.

In 2018, shortly after he was appointed as finance mister, a video surfaced of the minister engaging in a sexual act. In the video, Gigaba was seen playing with his penis while saying: “Imagine if this is in your mouth.”

He later reportedly said the video was taken “when my communication got illegally intercepted/my phone hacked, in 2016/17, is circulating among certain political figures”.

In the latest scandal, TimesLIVE reported that Mngoma was arrested after allegedly damaging a Mercedes-Benz G Wagon that was apparently being used by Gigaba. It was also alleged that she sent insulting text messages to Peterson Khanyisani Siyaya, leading to her being charged with crimen injuria.

In court papers filed at the Pretoria high court, Mngoma reportedly said this was all a pretext: “The entire arrest was an orchestrated scheme to intimidate me, to bully me and ultimately to gain unlawful access to my gadgets, to delete specific information and to violate my privacy.”

If Ramaphosa doesn't have a plan for a political backlash, his anti-corruption stance is a 'silly gamble'
News
1 year ago

Siyabonga Mahlangu, former special adviser to then public enterprises minister Malusi Gigaba, had a lot of explaining to do about two e-mails he ...
News
1 year ago
Next Article