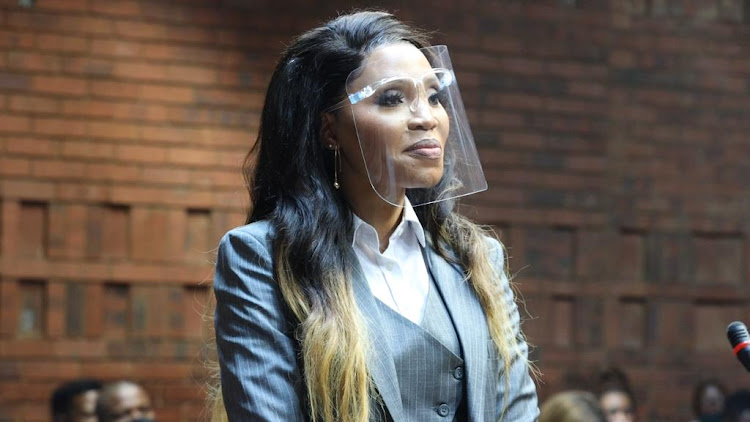 The case against the wife of former finance minister Malusi Gigaba, Norma Mngoma, has been postponed to October 23.

Her lawyer, Victor Nkhwashu, requested additional documents from the state.

“The matter is being postponed to the 23rd of October to allow the state to get the outstanding  disclosure to be given to us and to allow the process in the high court to be concluded and thereafter a decision will be taken regarding this matter,” said Nkhwashu.

Mngoma appeared briefly in the Pretoria regional court on Monday in connection with charges of malicious damage to property and crimen injuria. A smiling Mngoma wore a grey pinstripe suit, paired with a white shirt and black patent heels.

Mngoma's lawyers have filed an application with the high court to have her arrest declared invalid.

She was arrested in July after she allegedly caused extensive damage to a Mercedes-Benz G63 AMG driven by her husband, by repeatedly scratching it, and insulting a friend of her husband.

There was “nothing untoward” in the arrest of Norma Mngoma, wife of former finance minister Malusi Gigaba, and no messages were deleted from her ...
News
1 year ago