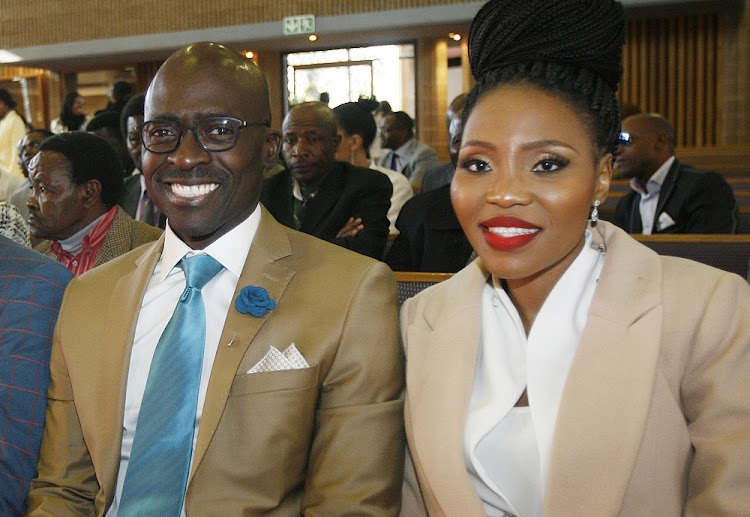 The case of the wife of former finance minister Malusi Gigaba, Norma Mngoma, has been postponed to February 12.

This is to allow time for the outcome of the high court proceedings she has brought to have her arrest declared unlawful and set aside, as well as for further investigations.

Mngoma appeared briefly at the Pretoria Regional Court in connection with charges of malicious damage to property and crimen injuria. The court heard on Friday that there was someone who had tried to interfere with state witnesses.

Norma's lawyer, Victor Nkhwashu, said they were not aware of such interference.

"It was also brought to our attention that there is someone in the defence side who has attempted to make contact with the state witnesses," he said. "We need to find out which one of the parties may have tried to make this contact.

Malusi Gigaba's estranged partner Norma has dropped the former home affairs minister's surname‚ announcing that she is going back to her maiden name.
Pic of The Day
1 year ago

Former finance minister Malusi Gigaba and his wife Norma have been in the limelight following her arrest for malicious damage to property and crimen ...
Opinion
1 year ago

"As far as my client and I are aware, we are not aware of any such interference. We have undertaken, when bail was granted to my client, that she will not interfere with any state witness, directly or indirectly, and we have also repeated the same thing in court today. So our [adherence to] bail [terms] still stands."

Nkhwashu said they were also informed that there is outstanding DNA, because of delays caused by the Covid-19 lockdown.

In an urgent application brought to the Pretoria high court in the past month, Mngoma said her arrest was an orchestrated scheme.

“The entire arrest was an orchestrated scheme to intimidate me, to bully me and ultimately to gain unlawful access to my gadgets, to delete specific information and to violate my privacy,” she said.

Mngoma was arrested in July after she allegedly caused extensive damage to a Mercedes-Benz G63 AMG driven by her husband, by repeatedly scratching it. There was also an allegation leading to a charge of crimen injuria that she had sent an insulting text message to a friend of her husband's.

Mngoma's bail has been extended and she will return to court in 2021.