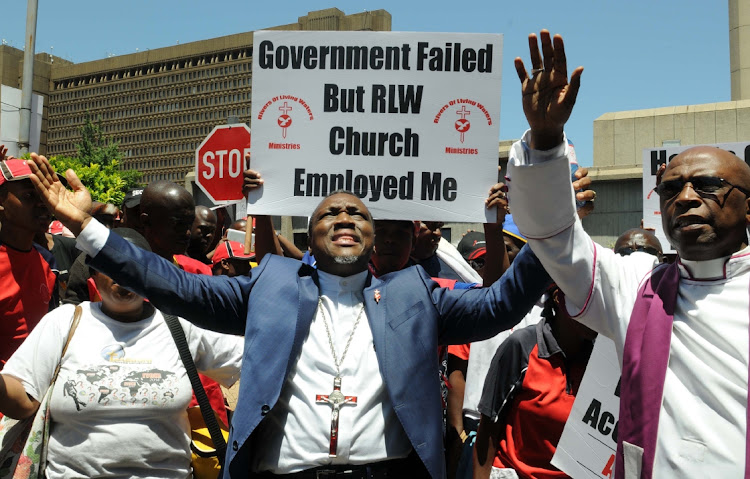 Leader of Rivers of Living Waters Ministries Archbishop Stephen Zondo suffered another blow on Monday when the South Gauteng High Court dismissed his application for leave to appeal the court's ruling on investigative hearings against him.

The application for leave to appeal comes after Judge Leonie Windell ruled on Friday that Zondo and senior pastor Lydia Malete would have to appear before the Commission for the Promotion and Protection of the Rights of Cultural, Religious and Linguistic Communities (CRL Rights Commission).

"I am confident that no other court would come to a different conclusion. The application is dismissed with costs," said Windell.

Zondo took the commission to court and sought an interdict against hearings which started last month.

The commission heard from several witnesses who made allegations of sexual abuse, philandering, witchcraft and financial misconduct against Zondo and the church. Among those who accused Zondo of rape were a relative and two former church members.

Windell said Zondo and Malete could not interfere with the proceedings of a Chapter 9 institution.

Lydia Malete, who was implicated in previous hearings, is now expected to give testimony on Monday afternoon.