Salary budgets from education, health and many others reduced 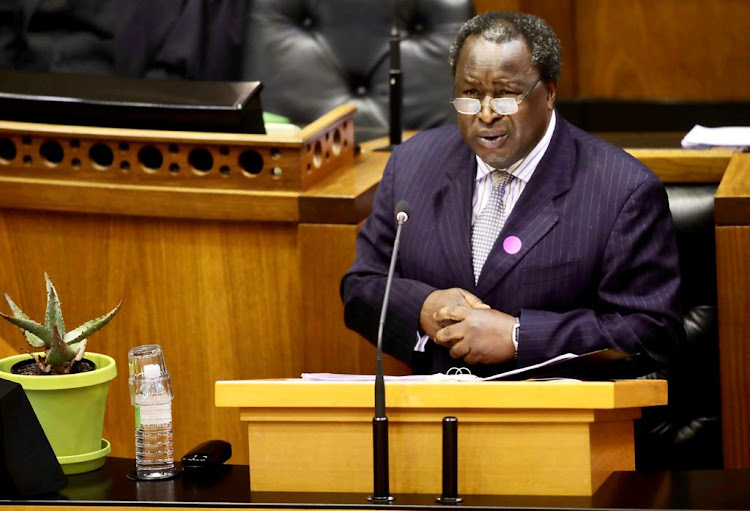 Finance minister Tito Mboweni has allocated more than R10-billion to finance the business rescue of SAA after he opted to cut salary budgets of government departments and reduced some service delivery grants.

Despite a shrinking plummeting tax revenue base, Mboweni has also set aside another R6.5 billion for SAA to settle its government guaranteed debt and related interest.

This was announced in parliament on Wednesday by Mboweni has he tabled his Medium Term Budget Policy Statement (MTBPS).The MTBPS also showed that another R84.7 million has been allocated to communications industry regulator ICASA to help fastrack the licensing of high-demand spectrum, needed among others to reduce the cost of data and stimulate competitions in the lucrative telecoms industry.

Mboweni told MPs that he managed to find funds to allocate yet another bailout to SAA by reducing budget allocations to largely administrative operations of government departments, especially the compensation of employees.

This would seen the salary budgets from frontline service delivery departments such as basic education, higher education, health and many others reduced in the next three years as government plans for a pay freeze.

Embattled airline SAA has suspended all operations "with immediate effect", its business rescue practitioners announced on Tuesday.
News
1 year ago

Cosatu says it will  fight any plans to shift money from the coffers of Prasa  to fulfill government's commitment of at least R10-billion bailout for ...
News
1 year ago

Mboweni said budget adjustments, sparked largely by the effects on Covid-19 on the economy, resulted in a R36.5 billion reduction from the salaries of civil servants.

"In addition, R10.5 billion is allocated to SAA to implement its business rescue plan.

"This allocation was mainly funded through the reductions to the baselines of national department and their public entities, and provincial and local government conditional grants," reads the MTBPS.

SAA business rescue practitioners, Siviwe Dongwana and Les Matuson, have determined that the R10.5bn was the amount required to finance the restructuring of the embattled airline and the payment of severance packages in order to prevent it from being liquidated.

The SAA BRPs have suspended all operations of the national carrier while they awaited the resolution of the state-owned company's funding crisis.

The business rescue plan has the support of the SAA Pilots’ Association (SAAPA), the National Union of Metalworkers of South Africa (Numsa) and the South African Cabin Crew Association (Sacca) but has been met with dismay by Solidarity.

It also does not enjoy the support of political parties such as the DA, who picketed outside parliament on Wednesday in protest against Mboweni's decision to provide an umpteenth bailout to SAA.

The MTBPS also showed that another government airline, regional carrier SA Express has also been given a cash boost by Mboweni.

He's allocated just under R144-million for SA Express Airways "to pay a call on guaranteed debt.

"This amount had already been allocated for the payment of guaranteed debt, but lenders triggered the call on the guarantee before the Appropriation Act (2020) had been gazetted.

"The coffers of the state capture commission of inquiry have been boosted to the tune of R63-million "finalise investigation and produce a close-out report."

The operations of the Zondo commission have already cost more than R700m and has a deadline of March 2021.