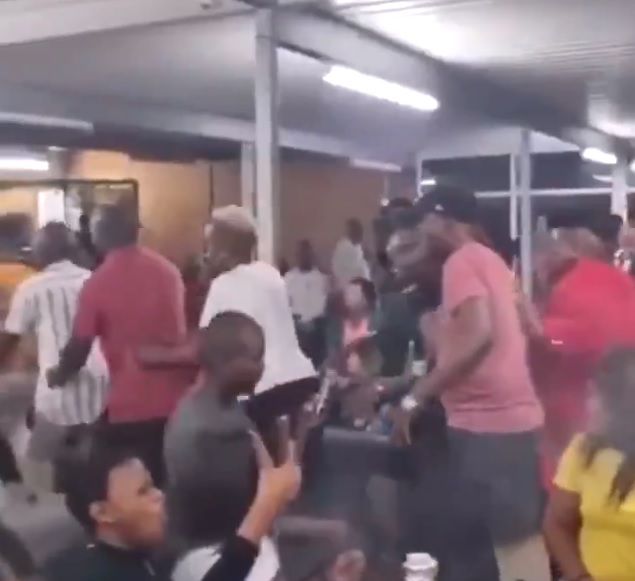 A popular Durban hangout spot has come under fire after a video‚ showing dozens of patrons dancing without any social distancing‚ emerged online at the weekend.

The video‚ which was taken at Eyadini Lounge in Umlazi‚ south of Durban‚ was posted on Twitter on Sunday‚ showing the patrons forming a human train and snaking through the packed venue. Other patrons are drinking and smoking while recording the entertainment.

Eyadini Lounge owner Jabulani Nzama told TimesLIVE that the incident occurred on Saturday evening‚ on what he described as a relatively quiet night‚ with only about 150 people present.

He said it was an isolated incident and they were adhering to regulations.

“We are following the regulations. When you come to the gate‚ the security tells you to put your mask on and sanitise. When people got inside‚ they were sitting and eating and then a song came on and they jumped up to dance‚” he said.

“We told them they must sit down because they are not social distancing and their masks were in their pockets. We told them to stop what they're doing.”

Nzama said by then it was too late‚ as someone had already taken a video and shared it by the time his staff intervened.

He urged patrons to act responsibly.

“They must listen to the regulations of the venues. They must not go against the law and [must] stick to what we tell them. Whatever our president is saying tonight‚ it will save our lives‚” he said.

The Sunday Times reported that medical staff and unions were concerned about KwaZulu-Natal after infections jumped from 7‚830 active cases last Saturday to 17‚708 on Sunday.

On Friday‚ eThekwini mayor Mxolisi Kaunda announced that Durban's beaches would remain open during December‚ but stringent safety measures and law enforcement would take place along the promenade.

President Cyril Ramaphosa is expected to address the nation on Monday evening at 8pm regarding the country's second wave.