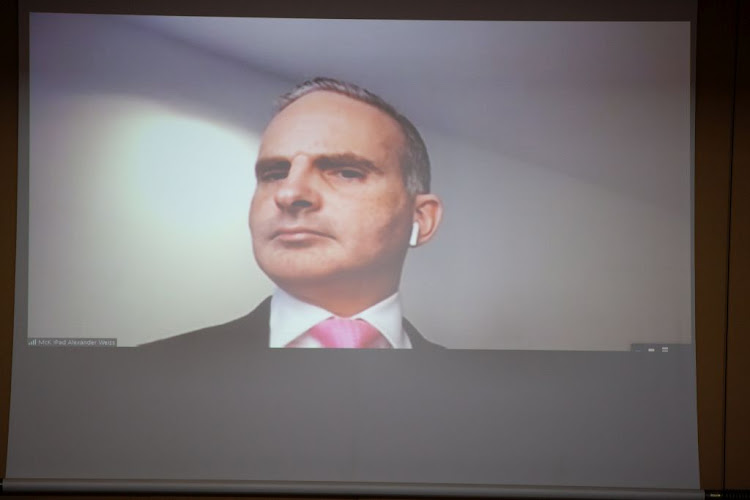 Consulting firm McKinsey & Company did “real work” on the ground in early 2016 to turn around the fortunes of Eskom, the state capture inquiry heard on Friday.

This was the evidence from McKinsey's senior partner, Dr Alex Weiss.

He told the inquiry about the contract the company entered into with the state-owned power utility in December 2015, and on which work began in January 2016. Eskom cancelled the contract in June that year and paid McKinsey and Gupta-linked company Trillian in excess of R1.7bn.

Two years ago, McKinsey volunteered to repay the fees it obtained for work it did at Eskom in 2016 following procedural activities at the power utility.

Eskom last year also successfully approached the high court in Pretoria to set aside the decision taken by Eskom's chief procurement officer Edwin Mabelane in January 2016 to conclude the agreement with McKinsey.

That judgment ordered Trillian to repay R595m, with interest.

Weiss said the project had a number of workstreams, one of which was power generation.

He cited the Majuba power station, where McKinsey's team co-operated with the Majuba team.

He said the energy availability factor was at 63% at the start of 2016.

“When we left, the power station had an availability of 84%. It is a six-unit power station. You need to increase availability to prevent load-shedding. I am personally very sad we could not continue the work and support Eskom in significantly increasing the availability factor for the entire fleet.”

Weiss also cited the coal workstream in which Eskom had historic cost escalations until 2016 at 16% a year.

He said the teams managed to reduce the cost escalation to 3.5%.

Regarding the procurement workstream, Weiss said the team identified R3.3bn in savings.

“When we left the programme, R1bn was realised. Besides that, we trained the next cohort of top engineers. The team and people on the ground did the real work.”

Weiss said the reason McKinsey did not enter into a formal partnership with Trillian for work at Eskom was because of an opaque leadership structure at Trillian.

Weiss said when McKinsey signed a contract with Eskom in January, it wanted to subcontract a BEE partner that was definitely black-owned.

Weiss said he asked for this proof in a “very painful, highly frequent way” as McKinsey intended to use Trillian as a subcontractor.

Weiss said he asked for this orally from October until December 2015.

When McKinsey started work at Eskom in January, Weiss said he asked ask for that proof in writing.

“That information was not forthcoming.”

Weiss said a risk assessment was done on Trillian, and McKinsey's partners agreed the company could not partner with Trillian.

On March 30 2016, McKinsey sent a letter of termination of the proposed partnership agreement.

“I co-signed that letter. This is where it ended,” Weiss said.

Former Regiments and Trillian executive Mosilo Mothepu knew in advance that Nhlanhla Nene would be fired as finance minister by then president Jacob ...
News
11 months ago

Eskom CEO Andre de Ruyter said the power utility had recovered more than R1bn from companies that played a role in state capture.
News
1 year ago
Next Article