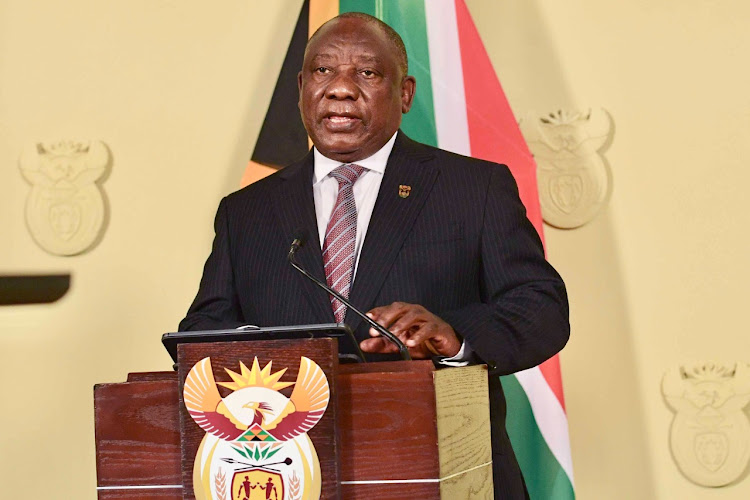 President Cyril Ramaphosa has announced a regional lockdown in the Nelson Mandela Bay municipality, greater Port Elizabeth and surrounds, which came into effect from midnight, in an effort to curb the resurgence of Covid-19 hotspots.

Ramaphosa who addressed the nation on Thursday night said other regions in the Eastern and Western Cape, namely the Sarah Baartman and the Garden Route districts, which have recorded spikes in Covid-19 infections in recent weeks, will be closely monitored and a decision will be taken on how to respond to growing infections.

He said minister of heath Dr Zweli Mkhize will soon visit the two areas to assess the challenges brought by the spread of the deadly virus.

The president said SA  recorded over 4,400 new infections on Wednesday which is the largest daily increase in infections since mid-August. He said the total number of hospital admissions had skyrocked to over 5,8000 nationally and was also on an increase.

President Cyril Ramaphosa warned the nation of a potential Covid-19 second wave during an address on December 3 2020. During his address, the president also declared Nelson Mandela Bay a Covid-19 ‘hotspot’ and listed additional restrictions to be applied to the metropolitan.

Gauteng's Covid-19 command council has issued a dire warning: the infection rate might increase during the festive season.
News
1 year ago

SA recorded more than 4,000 new Covid-19 cases in the past 24 hours, the health ministry said on Wednesday.
News
1 year ago

The national state of disaster has also been extended to January 15, with Ramaphosa pleading with South Africans to play their part in helping to prevent the second wave of Covid-19.

Ramaphosa said there has been "a marked rise in new infections and the number of people being admitted to hospital.

He said reasons for the rise in transmissions in parts of the Eastern Cape and Western Cape were largely due to many people travelling "between provinces and within each province in higher numbers, especially with the festive season approaching."

"In the case of the Garden Route, this also applies to the movement of seasonal workers who work in one province and live in another province. Social, cultural and religious gatherings are being held in large numbers," Ramaphosa said.

It is going to be a summer holiday with a difference. That was the message on Thursday from Western Cape premier Alan Winde as tourist hotspots ...
News
1 year ago

The province is facing its biggest balancing act to date: reviving the economy over the festive season while holding back a wave of Covid-19 ...
News
1 year ago

A curfew between 10pm and 4am was also introduced as alcohol sales are now restricted to Monday to Friday, between 10am and 4pm in the Nelson Mandela Bay.

"Except for emergencies no person will be outside their place of residence between these times (10pm and 4pm)," Ramaphosa said.

He added: "Alcohol consumption in public places such as the beautiful beaches in the area and parks is strictly forbidden, this is necessary to prevent large social gatherings

All post-funeral festivities, generally known as "after tears" parties, have also been banned in the metro with immediate effect.

Ramaphosa also announced a complete ban on public drinking mainly in beaches and parks to reduce congregations of people which has been blamed as one of the reasons behind the surge.

Ramaphosa said all venues will not be allowed to have more than a 50% capacity of people in attendance.

He said the summer initiation season will be allowed in other parts of the Eastern Cape but not in the Nelson Mandela Bay metro.

The South African Leisure, Tourism and Hospitality Associatio national secretary Richard Zulu  said any restriction could be a "final nail" in the coffin for the industry still reeling from the effects of the initial hard lockdown.

Wendy Alberts, the CEO of the Restaurant Association of South Africa (Rasa), said a decision to impose restrictions would be "fatal to the economy and the industry".

Professor Adrian Puren from the National Institute for Communicable Diseases said an intervention made sense.