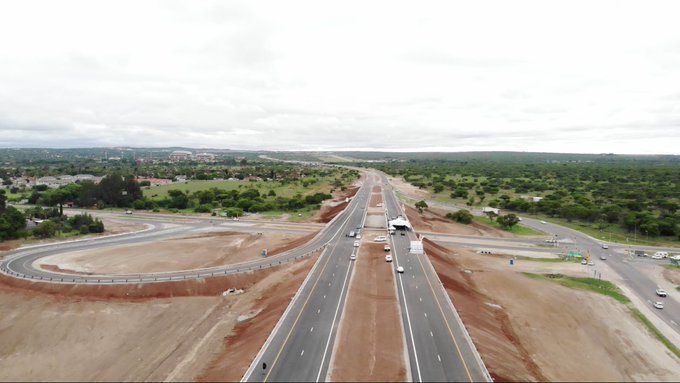 Transport minister Fikile Mbalula took a swipe at EFF leader Julius Malema while addressing residents during the handover of the Polokwane N1 ring road near Seshego in Limpopo on Thursday morning.

“Tell Julius Malema that the road near Seshego is complete and EFF will not protest,” he said.

Mbalula said he had received a text message from the EFF leader on Wednesday night telling him that he was going to hand over an incomplete road.

“Tell Malema that I'm done with this road,” he said.

This contract realigned the N1 at km 10.5 on section 27 to give preference to traffic wishing to travel on the Eastern Ring Road around Polokwane, instead of into CBD.

Traffic to the Polokwane CBD will now be able to make use of the new ramps. pic.twitter.com/O8c10my9eQ

The N1 ring road around Polokwane will serve as a bypass to ease congestion in the city by taking traffic around it. The original contract for the project was awarded to Basil Read in August 2015,  however the project came to a halt in June 2018 after Basil Read went into business-rescue.

Polokwane Eastern Ring-road lies to the south and east of Polokwane and extends from Km 10.5 near the Shell Ultra City to Km 25.4 at the Tzaneen Interchange at the R71. pic.twitter.com/mAEkqgNSPC

In September last year, a new company, Edwin Construction, was appointed to complete the contract.

Capricorn district mayor John Mpe said the complete road infrastructure will be a major boost for traffic flow given that the province hosts two of the biggest churches in the SADC region.

Sanral board chairperson Themba Mhambi said the handover of the road is the result of the support it got from the department of transport.

Transport minister Fikile Mbalula has slammed the recent attacks on trucks in parts of the country.
News
1 year ago
Next Article