E-tolls collection to go ahead as contract is extended, says Sanral 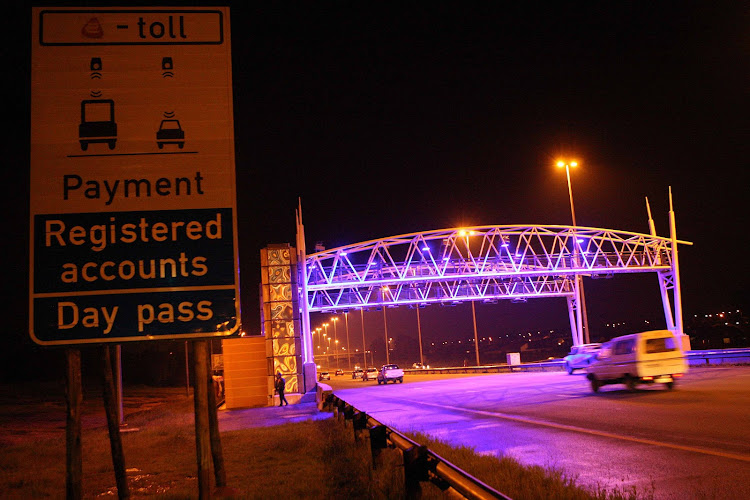 Outa's view is that 'if the law is to be strictly applied, Sanral would not be able to bill motorists for e-tolls from Thursday December 3'.
Image: SUNDAY TIMES/SIMON MATHEUBLA

The contract to collect e-tolls has been extended for another year, the SA National Roads Agency said on Tuesday.

This comes after the contract with Electronic Toll Collections (ETC) was due to expire on Wednesday, leaving civil rights organisation Organisation Undoing Tax Abuse (Outa) to question what would happen regarding collections.

“The ETC contract has been extended from December 2, 2020, for another year. This will bring the contract to the maximum eight-year period as was allowed for in the original contract, or shorter if the new contractor is appointed before the end of the maximum period allowed,” said Sanral spokesperson Vusi Mona.

He was speaking after Outa said the agency might have to halt e-tolls fee collection in the light of the expiring contract.

Outa said earlier on Tuesday that “if the law is to be strictly applied” Sanral would “not be able to bill motorists for e-tolls from Thursday December 3 2020".

“The initial five-year e-toll collection contract with ETC came to an end on December 2 2018. However, due to the demise of the system and Sanral’s state of confusion over its future, the ETC contract was extended twice, by a year each, to December 2019 and again to December 2020,” said Stefanie Fick, Outa executive director.

Sanral issued two tenders for a new collections contract: one in August 2019, which it subsequently cancelled, and another in July 2020. The tenders were to seek a new contractor for the Gauteng open road tolling system, including the transaction clearing house and violations processing centre.

However, a recent court challenge over the tender process has halted the announcement of a new service provider.

After Sanral cancelled the August 2019 tender, bidder Kusa Kokutsha brought an application against Sanral to review the process, award it the first tender, and stop Sanral awarding the new tender.

Social media users have reacted to an announcement from Sanral on Wednesday that it would halt all collection of e-toll debts in Gauteng.
News
3 years ago

In August 2020, the Pretoria high court dismissed Kusa Kokutsha’s application for an urgent interim interdict to stop the award of the second tender. The court heard Sanral had been due to award the new e-toll contract on December 2 2020, but undertook not to award it pending the outcome of the review application.

The court review was heard on November 11 and 12 and judgment was reserved.

In the new round of bids to take over the e-toll collection process, Sanral listed three bidders for the first contract — Kusa Kokutsha, Phambili JV, and SA E-Toll Operator (SAeTO) — and two bidders for the second — (SAeTO) and Phambili JV Gijima.

“Even if the judge makes a ruling on Sanral’s latest e-toll collection tender debacle this week, there is the formality of appointing a new service provider and a long handover period with the current operator, which is surely not possible within a few days.

“This entire e-toll debacle has been an embarrassment for Sanral since its inception more than a decade ago. To date no-one has been held accountable for obvious corruption and a gross waste of money that has unfolded throughout this saga,” said Wayne Duvenage, Outa CEO.

In a further complication, Gauteng motorists and Sanral are still waiting for a long-promised cabinet decision on the future of e-tolls.  In July 2019, President Cyril Ramaphosa instructed transport minister Fikile Mbalula, finance minister Tito Mboweni and Gauteng premier David Makhura to resolve the e-toll impasse so cabinet could make a decision on funding the Gauteng freeways, but no decision has been announced. This makes the awarding of a new e-tolls collection contract financially risky.