SABC to forge ahead with hundreds of retrenchments

400 employees to lose jobs instead of the projected 600 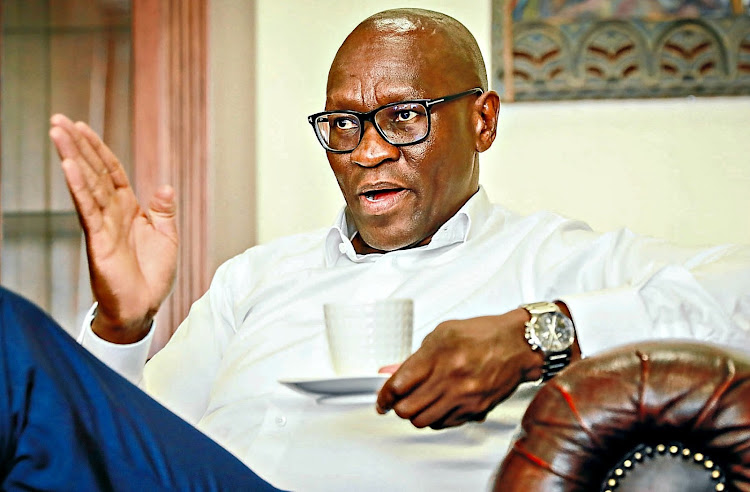 SABC’s group CEO Madoda Mxakwe says retrenchments are not easy but are necessary for the long-term sustainability of the SABC:  'An insolvent SABC serves no-one.'
Image: Picture: SEBABATSO MOSAMO

The SABC will continue with its plan to retrench hundreds of staff, the national broadcaster said on Wednesday afternoon.

“After a lengthy consultation process with many stakeholders, the SABC has announced that it is now ready to implement Section 189 of the Labour Relations Act,” acting SABC spokesperson Mmoni Seapolelo said.

Seapolelo said the broadcaster had considered all options to minimise the number of affected employees. “As such, we have been able to reduce the total number to about 400, which is significantly less than the originally projected figure of 600,” she said.

Seapolelo said that after considering all proposals from organised labour and other stakeholders, it became clear that a difficult but necessary restructuring process was needed — and that this would result in the reduction of staff.

“The SABC is fully cognisant that this process will affect people's livelihoods and, moreover, have a knock-on effect on their families and communities. However, having exhausted all other options, we are now faced with the difficult task of having to restructure the organisation to ensure its sustainability,” she said.

She said the broadcaster conducted 16 consultative sessions over four months with multiple stakeholders.

She said there are about 170 vacant positions that will be available for employees to apply for, which provides the potential of further reducing the number of affected employees to 230.

“All affected employees will be offered a severance package of one week for each completed year of service,” said Seapolelo.

She said the broadcaster would also implement and consider other cost-cutting alternatives, such as:

Seapolelo further called on SABC staff to make use of its wellness department to receive professional and personal counselling.

SABC group CEO Madoda Mxakwe said: “We reiterate that, while this decision was not an easy one, it is regrettably a necessary one for the long-term sustainability of the SABC. An insolvent SABC serves no-one, not our employees or our citizens who rely on the SABC for transparent, fair and ethical public broadcasting services.”

Mxakwe said retrenchment was understandably challenging for all stakeholders and was one part of the approved turnaround plan that will help to reposition the SABC to achieve financial sustainability.

Two weeks ago, the SABC editorial forum criticised its bosses at the public broadcaster, saying the newsroom was “broken, depleted and demoralised”.

The meeting was adjourned before the SABC management could reply to all the questions and allegations against it.

Sigabi told of how staff have to fight against commercialisation in the public broadcaster in a bid to protect the SABCs public-service mandate.

The SABC is facing financial woes which have led it to make several changes as a condition of receiving a government bailout.

Unions at the SABC want that the public broadcaster to opt to take its 450 employees over the age of 55 on early retirement and avoid painful ...
News
1 year ago

The SABC editorial forum has criticised its bosses at the public broadcaster, saying they are a “broken, depleted and demoralised newsroom”.
News
1 year ago
Next Article