'If attacking the EFF makes you feel like you're achieving something in life, go right ahead': Fana Mokoena 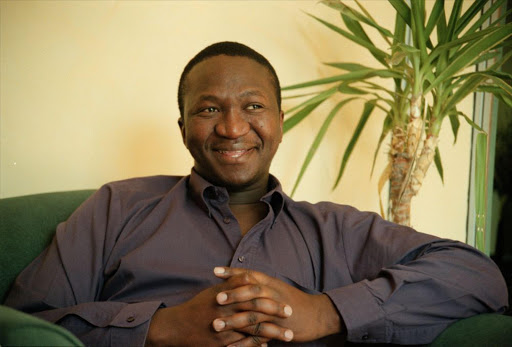 Former EFF MP Fana Mokoena has defended the party from criticism, saying it is “all about good feels”.

The EFF came under criticism recently, after party leader Julius Malema's decision to hire a white lawyer to represent him and EFF MP Mbuyiseni Ndlozi on charges of common assault.

Malema and Ndlozi are accused of assaulting a police officer at the late Winnie Madikizela-Mandela’s funeral in 2018. They appeared at the Randburg magistrate's court last week, where the case was postponed to March 9 2021.

At the height of the criticism this week, Mokoena said those who felt that attacking the EFF was an achievement can go right ahead.

“If attacking the EFF makes you feel like you're achieving something in life, reaching some upward mobility, go right ahead,” he said.

If attacking the EFF makes you feel like you're achieving something in life, reaching some upward mobility, go right ahead. We're all about good feels. We're with you 🙂🙂🙂

According to Mokoena, the EFF is the most “solid and united organisation” in SA and will not retreat or surrender.

“The EFF is the most solid and most united organisation this country is yet to see. Those who always try to find cracks and sow divisions amongst us best give up now. We’re equipped for the next 1,000 years. No retreat. No surrender,” he said.

Mokoena defended Malema's decision to hire white lawyers, telling his followers on Twitter that Malema had said nothing about black lawyers being incompetent.

“Dissenters want to attach inferences of ‘framing’ and ‘generalisation’, which he never made. He spoke about a law firm that couldn’t submit a one-pager,” Mokoena said.

Here’s clarity. The CiC said nothing about ALL BLACK LAWYERS ARE INCOMPETENT. Dissenters want to attach inferences of ‘framing’ and ‘generalization’ which he never made. He spoke about a law firm that couldn’t submit a one pager. That is all. Salute 😊 pic.twitter.com/5ikZrY4qxK

Former EFF national chairperson and advocate Dali Mpofu also defended Malema, saying that while it is wrong for the EFF and the ruling party to hire white lawyers when black lawyers were available, Malema's decision did not imply that black lawyers are incompetent.

He said the party's advocates were black, and even claimed the red berets “lost more cases since it started using white attorneys”.

FACTShttps://t.co/TF9c6jx2S6’s WRONG for EFF,ANC Govt or SOEs to use white lawyers when black lawyers are available
2.Malema did NOT say & doesn’t believe ALL black lawyers are incompetent
3.EFF advocates are BLACK
4.EFF lost MORE cases since it started using WHITE attorneys!👀

The EFF and public protector Busisiwe Mkhwebane suffered another legal blow on Monday.
News
1 year ago

EFF leaders Mbuyiseni Ndlozi and Julius Malema will return to court on March 9 regarding their alleged common assault on police officer ...
News
1 year ago
Next Article