Man who forced girl, 14, into marriage, raped her and illegally brought her to SA sentenced 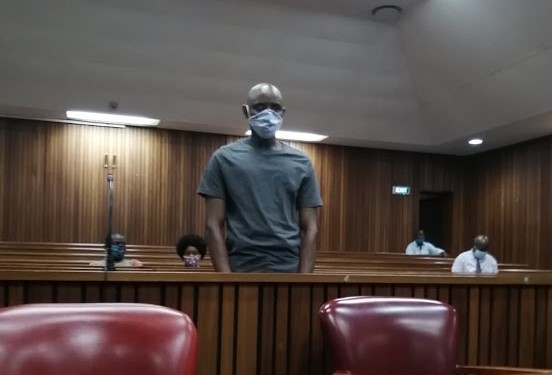 Angelo Mulambo was sentenced to 22 years after 'marrying' a 14-year-old Mozambican girl and bringing her to SA illegally.
Image: SUPPLIED

Justice has been served for a 14-year-old girl who was forced into marriage, raped and illegally trafficked to SA in 2017.

Her perpetrator was slapped with a 22-year jail term on Monday. Angelo Mulambo, 30, was sentenced by the Pretoria high court.

The young girl was taken as she walked to school two years ago.

“The minor victim, a 14-year-old child originally from Mozambique, met with her neighbour, who took her to the Mulambo family home. This was under the pretence that she was getting her a babysitting job as she was staying with and depended on her grandmother after her mother died.

“On her arrival, she was told she was Mulambo’s second wife and taken to his room where she stayed and shared a bed with him.

“A few days later, Mulambo brought her to SA illegally, and stayed at a shack in Mamelodi East together with his first wife. There she shared a bed with Mulambo and his first wife, and was exposed to sexual acts between the couple,” the National Prosecuting Authority said.

A man who repeatedly raped his stepdaughter over a period of four years was sentenced to two life sentences in the Pretoria North magistrate's court ...
News
1 year ago

Mulambo raped her twice, including anally on both occasions, according to the NPA.

In September 2017, the teenager managed to escape to a neighbour’s house, where she reported her ordeal.

“The neighbours called the police and Mulambo was arrested; and has been in custody since,” the NPA said.

The 30-year-old was charged with human trafficking, rape, kidnapping and assisting a person to be in the country illegally.

Prosecutor Adv Andrew Mphaga said human trafficking was an international problem and the offences committed were of a serious nature and had affected the victim both physically and psychologically.

He argued it was in the interest of society to have peaceful communities free of sexual offences and human trafficking.

Judge Pierre Rabie commended the work of the Thuthuzela Care Centre which had kept the minor until she was reconciled with her family in December 2019, according to the NPA.